Doctors Without Borders Comments on Quarantine of Volunteer Nurse in NJ 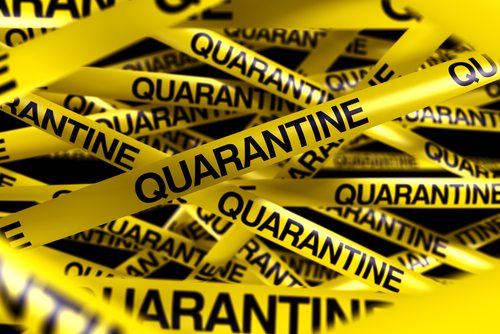 Kaci Hickox was taken into custody on Friday, October 24th, as the first person to be subjected to the mandatory quarantine rules now imposed by three states. Hickox, a nurse, was returning to the states after a month caring for Ebola victims in Sierra Leone. Though Hickox is still asymptomatic and has not tested positive for the disease, she is being kept at University Hospital in Newark, New Jersey, in an unheated tent without a flushable toilet.

Doctors Without Borders/Médecins sans Frontières has expressed concern about the “lack of clarity” of the quarantine rules and the haphazard ways they were implemented in this case. Among other things, MSF believes that policies badly implemented have the potential to discourage badly needed medical volunteers.

“We are attempting to clarify the details of the protocols with each state’s departments of health to gain a full understanding of their requirements and implications,” MSF said in a statement:

“While measures to protect public health are of paramount importance, they must be balanced against the rights of health workers returning from fighting the Ebola outbreak in West Africa to fair and reasonable treatment and the full disclosure of information to them, along with information about intended courses of action from local and state health authorities.

“Ebola is a public health issue and the government’s response should be driven by science and facts and not by fear. We must treat our medical workers who put their lives at risk, and are the only ones who can contain this epidemic, with compassion and not like criminals. Coercive measures like mandatory quarantine of people exhibiting no symptoms of Ebola and when not medically necessary raise serious constitutional concerns about the state abusing its powers. By forcibly detaining people we are also frightening the public and may deter genuinely sick people who fear quarantine from seeking the treatments they deserve, while also discouraging caregivers and first responders from helping sick patients who need their assistance. This is a challenging time for New Jersey, but decisions must be made based on sound medicine, and not on fear. Governor Christie must provide more information to the public about how the state came to the conclusion that mandatory quarantine of our healthcare workers was medically necessary.”

Meanwhile, the splits between government bodies do not promise a well-coordinated response in the near future. Yesterday evening, the White House made it clear that it was not in agreement with the policies’ implementation but it stopped short of a clear request for any rescission, although a senior administration official characterized the decision by the governors as “uncoordinated, very hurried, an immediate reaction to the New York City case that doesn’t comport with science.”

The imposition of a quarantine state by state will complicate the return not only of medical volunteers, but also military personnel and other federal workers sent by the U.S. to the West African countries hardest hit hardest by the virus.

Hickox has engaged Norman Siegel, a civil rights lawyer, to represent her in a federal lawsuit, so New Jersey’s mandatory quarantine for some traveling from  West Africa will likely face its first legal test this week. “We’re not going to dispute that the government has, under certain circumstances, the right to issue a quarantine,” said Siegel, who was on his way to visit Kaci. “The policy is overly broad when applied to her.”

Mayor Bill de Blasio has been more plainspoken, saying that Hickox’s treatment was shameful. “The problem here is, this hero, coming back from the front having done the right things was treated with disrespect,” de Blasio said. “We have to think how we treat the people who are doing this noble work. We owe her better than that.”—Ruth McCambridge