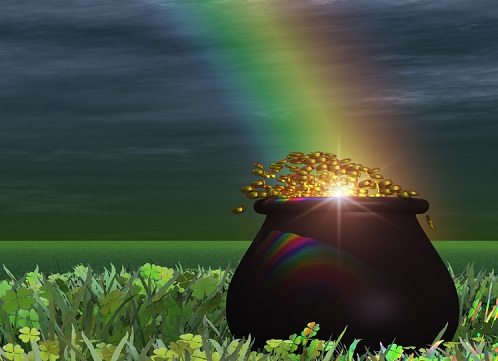 There has been a fundamental shift in how some are approaching business and philanthropy. Whether you call it impact investing, philanthrocapitalism, or social business, these emerging practices have the potential to be a paradigm shift in our economic landscape. Or do they?

Amy Bell, Executive Director and Head of Principal Investments for JPMorgan’s Social Finance business unit, writes that “impact investing is the deployment of capital with an expectation of financial return, where the success of the investment is also contingent upon achieving a stated social or environmental goal.”

Massive amounts of capital are being “deployed,” as Bell describes it. JPMorgan Chase alone has allocated more than $50 million. Goldman Sachs invested $10 million for the US’s first social impact bond. The list goes on.

Is this just a continuation and expansion of corporate social responsibility or is this a deeper change? For decades, if not centuries, nonprofits have encouraged the corporate sector to give back. Nonprofits argue that corporations themselves are economically sustained in many ways because of nonprofits: low-wage workers access discounted healthcare at community clinics and pay reduced-rate tuition at their children’s preschools; higher-paid workers are recruited with promises of an area’s operas, cultural life, private schools, and hospitals; and any employee can access a community’s religious services, clean beaches, summer camps, and more.

Eventually, corporations caught on and, in large numbers, began partnering with nonprofits through sponsorships, grants and, eventually, cause marketing. Corporations realized that cause marketing could increase sales and employee engagement while also having a positive impact on the community. Well-crafted relationships between corporations and nonprofits can lead to very good things for all involved.

But impact investment seems to go a step further. By investing capital in projects through organizations—many of which are for-profit—that create social good and, at the same time, provide a financial return on investment, impact investing has the potential to fundamentally change the donor’s experience. It completely shakes our business-vs.-philanthropy mindset. Impact investing says, “We can do both at the same time.” And the underlying assumption is that if we can do both, we should.

But can we do both? In some cases, yes. Bell offers the example of Wilmar Flowers. JPMorgan Chase has invested capital in this Kenyan business with the expectation that Wilmar will grow, expanding its sources of flowers from 3,000 small African farms to more than 8,000, affecting more than 250,000 households in the process. It’s not clear how this arrangement differs from a typical business loan except that, in this case, the business might have previously been considered too high risk. Given Africa’s shaky economic performance, making investments like this could be a very positive move towards economic development.

Bell writes that, at JPMorgan Chase, “We have increasingly sought to bring the full resources of the firm to bear on these issues over the last several years.” She later writes, “By marrying the expertise within our traditional banking businesses with the financial and philanthropic tools we have available, we are excited about the potential to increase our positive impact and to redefine how we all think about returns.”

And in some case, we cannot and should not do both. In the wake of 9/11, hundreds of thousands of people were stranded on the island of Manhattan. Fear and panic were everywhere. Local fishermen and those with boats organized to give people rides to the mainland. Five hundred thousand civilians were rescued in less than nine hours. It was the largest sea evacuation in history. This voluntary organization was completely spontaneous. There was a tremendous return on investment for those who contributed their time and resources, but there was not a financial return.

Is impact investing an emerging paradigm shift? Probably. In fact, there may come a time when the public expects all businesses to operate with a social mission. That day may come sooner rather than later. But the 9/11 boat-lift teaches us that the opposite is not necessarily true. Not all social missions can offer financial ROI. Nevertheless, we are constantly called to do both.—Jennifer Amanda Jones