Does McEnroe Charity Just Feed the Club that Holds His Tennis Academy? 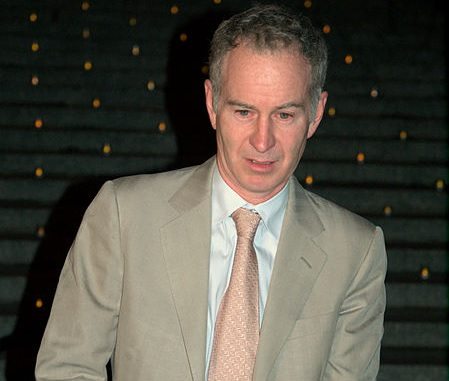 In the New York Post article on John McEnroe’s charity, the Johnny Mac Tennis Project, reporters Isabelle Vincent and Melissa Klein write that although the charity advertises itself as working in city schools and providing scholarships to “expose young athletes…to the sport of tennis,” what it really does is comp elite players on the junior circuit for their lessons and travel costs at Sportime, a Randall’s Island tennis club where the John McEnroe Tennis Academy is located.

It cites a Sportime insider as saying that the for-profit club started the Johnny Mac Tennis Project in 2011 to build its prestige. “It’s really a scam…All the money goes to the for-profit business. Now we get reimbursed for our good deeds.” Of the $266,826 raised in 2012, $242,625 was handed over to Sportime to fund lessons for 20 players.

The Post’s insider source claims that the scheme was developed by “Claude Okin, the owner of the Sportime chain of clubs, and Mark McEnroe, the tennis champ’s younger brother who was the general manager of the Randall’s ­Island Sportime club and president of the separately incorporated nonprofit.”

John McEnroe is on the nonprofit’s board of directors and he takes $750,000 a year to teach at the academy at Sportime that carries his name.

Mark McEnroe, who is Sportime’s corporate development officer, admits the charity was established to build the academy. “In our efforts to build our academy, we wanted to find a way that we could pay our bills and train the best kids and at the same time expose lots of other kids—like the hundreds of kids who come here in our community program—to the game.”

The Post reports that Noah Rubin, the 18-year-old who just won the junior title at Wimbledon, received $32,200 from the Johnny Mac Tennis Project in 2011 alone, and Susan Loeb, mother of Jamie Loeb, the national college player of the year, said that John McEnroe pursued Jamie to provide a “full ride” scholarship to his academy when she signed on in 2011.—Ruth McCambridge