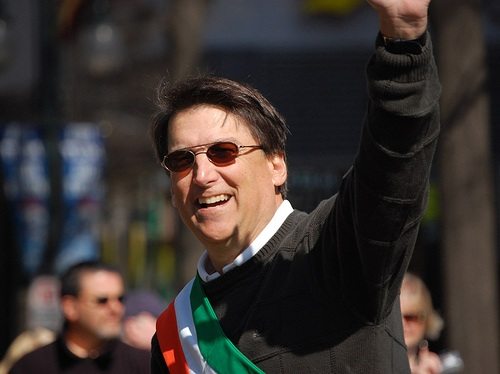 Regular NPQ Newswire contributor Jeanne Allen reminded us to keep an eye on what’s happening to the state budget and various state programs in North Carolina, and boy, was that a good tip. It seems that Republican Governor Pat McCrory and his allies in the legislature are cutting a bevy of social and economic development programs.

For example, News & Observer columnist Rob Christensen reports that Governor McCrory has proposed to slash the budget of the Rural Economic Development Center from $18 million to $6.6 million, the Biotechnology Center from $17.2 million to $7.2 million, and the Biofuels Center from $4.3 million to $3.3 million. Christensen is careful not to charge McCrory with an anti-rural bias, but says that these and other proposals of the former Charlotte mayor “are likely to harm rural areas.”

McCrory might be gutting various programs, but that doesn’t mean that businesses are losing their tax loopholes. Dan Kane writes that North Carolina has been exceptionally generous with tax incentives for businesses recently, though he emphasizes that the corporate tax breaks were generated by Republicans and Democrats alike. The latest proposal is an offer to MetLife of a $94 million subsidy if it relocates some of its operations to North Carolina. That’s roughly $35,000 a job.

The interesting dynamic going on under McCrory is that his budget director is Art Pope, the founder—and for most of its history, the largest funder—of the John Locke Foundation, as well as a national board member of the Koch-affiliated Americans for Prosperity, although he separated from those and other conservative think tanks and political action groups when he accepted McCrory’s appointment. His position in the McCrory government gives an ideologically conservative theorist a hand on the lever of government to put his ideas into practice. In most places, ideologues carp from the outside, but conservative or liberal state executives will pick cabinet officers with a politically pragmatic streak, regardless of their leanings. Although a former legislator himself, the multi-millionaire Pope is a bit of an exception, having come into government from a very conservative think tank after having pushed an almost libertarian agenda, at least when it came to social programs and taxes, for many years.

Pope’s array of think tanks have issued comprehensive tax and budget agendas for the state to consider, including a tax plan authored by economist Arthur Laffer, who created and gave his name to the “Laffer Curve” and is now a major contributor to the tax and budget thinking of the American Legislative Exchange Council. According to the North Carolina Justice Center, Laffer’s plan would cut taxes for the top 20 percent while increasing the taxes of the bottom 60 percent. Already coming down the pike is the Governor’s—and Laffer’s—proposal to end the state estate tax, which affects fewer than 200 families in the state, and he has already signed a repeal of the state’s earned income tax credit. From the point of view of MSNBC host Chris Hayes, McCrory, Pope, and the Republican leaders of the state legislature are turning North Carolina into an “insane right-wing dystopia.”

Whatever happened to North Carolina’s vibrant and competitive Democratic Party, once associated with governors like Jim Hunt and Terry Sanford? Certainly, conservatives might not relish the notion of their leadership being called dystopian—or insane—but the counterweight of the other party seems difficult to discern.—Rick Cohen