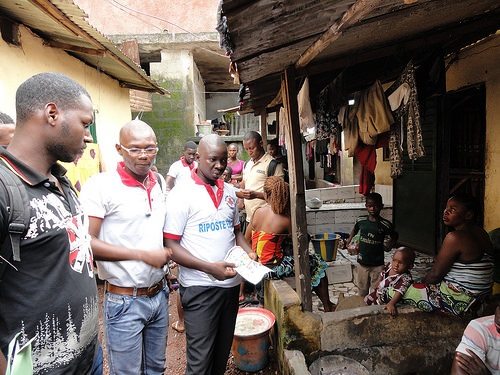 A nurse has come down with Ebola after treating a now-dead missionary who had been working with patients in Africa. The missionary was brought to Madrid to be treated. He is the second to have died after being treated in Spain. The nurse is the first suspected case of Ebola transmission outside West Africa.

Spanish officials say that they do not understand where protocol may have gone wrong. “We’re investigating what was the source of the contact, verifying if all the established protocols were followed to the letter,” Ana Mato, Spain’s health minister said on television. “Rest assured that we are taking all measures to guarantee the best medical care for the patient and the safety of the medical staff and the wider population.”

But this case just points out a much larger problem, which is the extraordinary vulnerability of Ebola health care workers. In Liberia alone, 188 workers have been infected with the virus and 94 have died. Time reports that the fatality rate for those who become infected while treating Ebola patients is 57 percent, as compared to a more general fatality rate of 46 percent among infected people.

The World Health Organization’s director-general, Dr. Margaret Chan, told reporters at a Washington news conference that an overwhelming fear of Ebola was making it difficult to recruit the foreign medical teams needed to mount an effective response. “That’s the reality,” she said.

Here in the States, nurses are asserting that hospitals are unprepared for an outbreak should it occur. According to FierceHealthcare.com, “80 percent of nurses surveyed by the National Nurses United said their hospitals haven’t provided them with a policy regarding potential admissions of patients infected by Ebola. The survey involved 700 registered nurses at more than 250 hospitals in 31 states.”—Ruth McCambridge