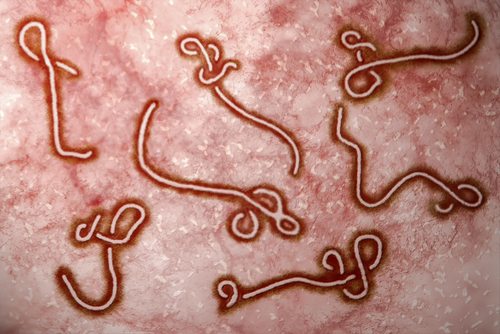 Texas Health Presbyterian Hospital had one Ebola patient, only one, the first case of Ebola diagnosed in the U.S., but at least two nurses who treated Thomas Eric Duncan have already been infected and are receiving treatment. It is all but certain that the hospital was poorly prepared to respond to an Ebola case; appropriate protective gear for healthcare workers was unavailable, confusing and contradictory protocols (or, in some cases, none at all) were in play, and hospital administrators argued against the protective steps, such as moving Duncan to isolation, that a Texas Presbyterian nurse supervisor demanded. As of this writing, the second nurse diagnosed with Ebola has been transferred to Emory University in Atlanta, not because of a different kind of care that might be delivered there, but because of concerns that nurses at Texas Health are sufficiently upset that there may be a walkout or other form of work slowdown in Dallas due to the terrible problems faced by healthcare staff at the hospital.

While Texas Health appears to have been a particularly tragic example of pathetic preparedness—and NPQ hopes fervently for the survival of the two nurses and their return to full health—reporters have contrasted that one Dallas hospital’s performance against Doctors Without Borders/Médecins Sans Frontières, which has treated thousands of Ebola patients in West Africa, where medical facilities and resources can hardly compare to anything in Dallas and other places in the U.S. However, television news reporters have typically said, apparently incorrectly, that only two Doctors without Borders personnel have been diagnosed with Ebola despite treating some 2,000 patients. Information recently made available suggests higher infection rates affecting the incredibly brave men and women who work for Doctors without Borders in West Africa and elsewhere in the world, usually in conflict zones where most people won’t dare to go.

Doctors without Borders has around 3,000 staff, including about 250 expatriates, in Guinea, Liberia, and Sierra Leone. The Associated Press reported yesterday that 16 staff members of Doctors without Borders have been diagnosed with Ebola and nine have died. As tragic as those numbers are, the infection rates for MSF staff have been minimal compared to those at Texas Health, and who knows how many more of the nearly 80 staff who treated Duncan may yet be diagnosed. The procedures followed by Doctors without Borders in West Africa are different than the CDC’s, including requiring healthcare workers to work in a buddy system so that they can spot potential errors in donning and removing protective clothing.

The World Health Organization reports that the West African Ebola epidemic has led to a total of 401 healthcare workers being diagnosed with Ebola. Of those, 232—doctors, nurses, and others—have died. Why is the track record of the U.S. hospital where someone was diagnosed with Ebola so much worse? As another newswire we have written, “Fighting Ebola—and the Nation’s Fragmented Health Care System,” suggests, part of the problem here is the fragmentation of the U.S. medical system, a panoply of uncoordinated actors choosing to follow or ignore various protocols and to sort through multiple sources of contradictory and confusing information.

But the problem is more than fragmentation alone. Jean Ross, the co-president of National Nurses United and a 40-year professional nurse, made a comment on CNN about the Texas Health Presbyterian situation. She said that the “for-profit bottom-line mentality” in U.S. hospitals has had a disastrous effect on the response to Ebola here. Notably, she didn’t distinguish between nonprofit and for-profit hospitals.

According to Ross, the nurses at Texas Health Presbyterian in Dallas are not unionized but spoke to NNU because of their concerns about the hospital’s inadequate preparedness and procedures. CNN senior health correspondent Dr. Elizabeth Cohen noted that the nurses’ decision to speak to NNU anonymously is understandable because hospital personnel are typically “terrified” about going public for fear that they will lose their jobs.

Médecins sans Frontières has long been among the most respected international aid nonprofits in the world. Sorry to say, but nonprofit hospitals in the U.S., despite some exceptions, have not been winning plaudits for the quality of their health care, particularly for the poor, from the American public for some years now, as they have demonstrated all too often a for-profit mentality like Ross described that contradicts their nonprofit tax status. The reason for a powerful and vigorous union like National Nurses United, which stands in contrast to some other nurses organizations that have been distinctly less forthright in standing behind its nursing constituency, is all too clear. If hospitals and healthcare systems begin to listen to and believe their frontline health care workers, the nurses who are the linchpin to effective response and treatment to infectious outbreaks, the future Ebola scorecard of infections and deaths in the U.S. may not have to replicate the performance of Texas Health Presbyterian Hospital in Dallas.—Rick Cohen