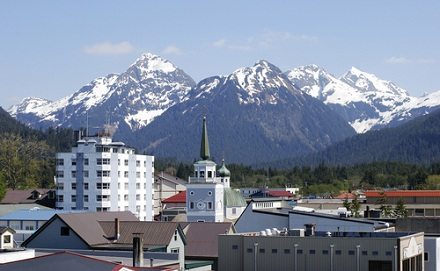 A bill that failed to pass in the Alaska state legislature is interesting in that it addresses a tax exemption issue that has not received much attention elsewhere. Typically, church properties used for religious activities (churches, synagogues, mosques) or for housing of ministers, priests, rabbis, or imams have been automatically accorded tax-exempt status. In 2006, Alaska approved a bill to offer churches the ability to request exemptions for other church-owned properties that were not typically thought of as tax-exempt, such as the housing churches might provide for teachers in religious schools. Only one Alaska church has asked to use this exemption: the Anchorage Baptist Temple, which originally lobbied for the passage of the 2006 law.

An Anchorage state legislator, Rep. Berta Gardner, first proposed a bill to remove the provision from state law entirely. When she determined that that idea would go nowhere, she proposed a modified bill to require that municipalities “opt in” to offer the exemption to church-owned properties beyond those specifically used for churches and for religious leaders’ homes. That bill, introduced as an amendment to a bill on municipal taxes, failed by a vote of 28 to 11; Gardner got 10 Democrats and one Republican on her side, but six Democrats and 22 Republicans voted against it.

If only one church in the entire state was taking advantage of this exemption law, why would so many legislators be unwilling to simply give municipalities a right to make their own determination about whether to allow it? Gardner’s bill was called “the Prevo Bill” because the one beneficiary so far is the Anchorage Baptist Temple, which is headed by the Rev. Jerry Prevo, a Republican Party activist whose Temple’s candidates’ forums are “widely attended.”

Two questions for NPQ Newswire readers: How do your states—or your municipalities, as the case might be, due to the discretion accorded some tax assessors—treat church-owned properties that are not used for sacerdotal functions? What do you think of Alaska’s 2006 law, Gardner’s “Prevo bill” proposal, and the notion of taxing or not taxing these church properties?—Rick Cohen