Sometimes, there comes an awkward moment when the board decides to send in a team of directors in the belief that, to maintain the organization in the long term, past the tenure of the charismatic founder, a new business model is required. It’s that instant when the executive director realizes this meeting is about being told there’s no longer a place at the organization they founded. Questions arise about who’s right, how it came to this, where the rift happened, and how to respond—and sometimes the public never gets an answer.

Something along these lines seems to be happening at the Bay Area Crisis Nursery. In a story in the San Jose Mercury News, Sister Ann Weltz is quoted as calling that moment “the worst day of my life.”

The account in the Mercury News gives a sympathetic account of Sister Ann, who founded the crisis nursery 37 years ago following an experience with a similar facility in Arizona. After learning what she could at that facility, she returned to the Oakland area with a commitment to open a place where parents experiencing crisis could drop off their children for a limited period of respite.

The meeting with the board is described in the report as “sudden” and “closed door,” with Sister Ann even going as far as saying that what happened is the board “kicked God out and replaced it with a business.”

Of course, there are always two sides to any such story, and very often both sides are right. What is very interesting here is that the president of the board, Lynne Vuskovic, seems reticent to get into it. A banker by profession, Vuskovic has only chosen to say that the board needed to make a change in order to manage the facility in a more business-like fashion. She references some issues with staffing but does not go into specifics about it.

The board announced the move in the nursery’s third quarter newsletter toward the end of 2018. The announcement starts by stating it is with great respect for her work and legacy that the board announces Sister Ann’s departure from the nursery. While recounting all that the founder had done for the organization, no reason for the departure is given.

A slightly more detailed report of what happened was given in the Catholic Voice in December of 2018. In that report, Vuskovic is quoted as saying that a variety of issues caused the board to make their decision, and that they had offered for Sister Ann to retire, an offer she declined. In the end, the board put her on paid administrative leave due to the fact that the contract was not with Weltz as an individual but with Sister Ann’s order, the Sisters of St. Joseph of Carondelet.

The fact that Sister Ann was so surprised seems a little odd. The nursery’s IRS form 990 over the past few years has shown the organization has been losing money every year, including $183,000 in 2016. That same year, Sister Ann’s letter in the annual report describes a stark situation of financial loss, significant numbers of staff leaving the nursery, and more. Unfortunately, the 2017 annual report is not accessible on the nursery’s website, and the Form 990 for that year has not been posted on GuideStar yet, so it is hard to tell if 2017 was better, worse, or the same. The long and the short of it financially is that the organization is about 90 percent reliant on donations from individuals. There are no government grants or contracts, and it seems as if there are no other types of sponsors. This may be what Vuskovic is responding to when she describes the need to manage the nursery “as a business.”

Certainly, Sister Ann has been the heart, soul, and face of the nursery. But what happens after she is gone? Did the board see this and realize that a transition plan needed to be implemented? That is what Vuskovic references, along with the desire for the 79-year-old Sister Ann to remain visible, connected with the donors, and have her legacy publicly celebrated. This is a model for how to work with the departure of a founder that NPQ has written about in the past. Sister Ann and her order are disputing that, calling for all of the board directors to be replaced, and the return of the founder to her former position. Lawyers have been summoned, so we shall see what happens.—Rob Meiksins 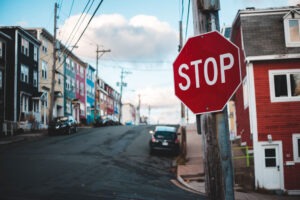