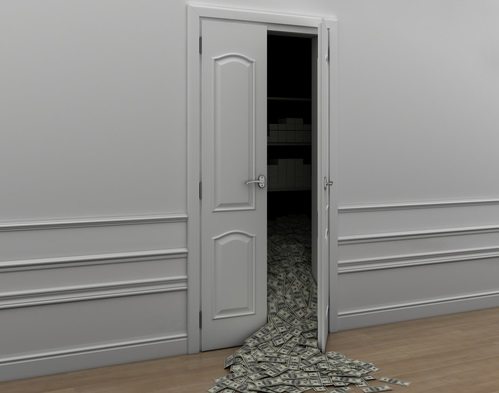 Schwab Charitable, the Fidelity Charitable Gift Fund, and several others linked to financial services firms have developed a service—a charitable service—that has accomplished more than simply making it easier to get increased amounts of money out of donors’ pockets to operating charities. It’s led to a fundamental change in investors’ mindsets and their conceptual approaches to charitable giving.

The year 2012 was great for donor-advised funds, notably the DAFs managed by the Fidelity Charitable Gift Fund, affiliated with financial behemoth Fidelity Investments, and the Schwab Charitable Fund, linked to the Charles Schwab Corporation. They’re linked by origins and service agreements, but Fidelity Charitable and Schwab Charitable are separate 501(c)(3) charitable entities. That doesn’t stop some people from focusing on their corporate sponsors, both mammoth financial services companies, and on the founders of their DAF management entities, Ned Johnson and Charles Schwab.

Let’s face the truth. If Ned Johnson or Charles Schwab—or some of the donors to their companies’ affiliated donor-advised funds—were to pop up offering charitable gifts, few nonprofits struggling to raise money, particularly among so-called “major individual donors,” would turn them away, especially if the gifts were without controlling strings and the givers weren’t tied to particularly odious industries. Nonprofits of all political stripes are in many cases eager to solicit grants from wealthy donors, whether they are behind donor-advised funds or sitting at the helms of private foundations, regardless of their political persuasions. It’s not as though the heads of major financial institutions and the founders of large foundations made their millions and billions as socialists. But nonprofits want access to them all the same.

Foundations typically spend as grants five percent or less of their assets annually (remember that a portion of their “qualifying distributions” or “payout” includes administrative costs). Community foundations pay out at much higher levels, but neither compares to the across-the-board payout levels of the commercially affiliated DAFs. Donor-advised funds have brought change to the world of charitable donations (we think for the better) by altering the ways that wealthy but not necessarily super-wealthy donors conceive of their charitable activities.

The time has long passed since community foundations, themselves sponsors and managers of donor-advised funds, fought against the IRS’s approval of 501(c)(3)s affiliated with Fidelity and Schwab and, it should be added, Vanguard, which came, a little later than the other two, under the direction of John Brennan, the successor to legendary Vanguard Group founder John Bogle. The DAF programs affiliated with these and other corporate entities are by now well established, still rapidly growing on the cash side of the charitable sector, and increasingly seen by many donors, particularly those of less wealth than the moguls who establish private foundations, as attractive mechanisms and platforms for managing their charitable contributions.

Nonetheless, some observers criticize them as warehouses where the wealthy can tuck their assets away while collecting the benefits of charitable tax deductions. That critique may be deepened for some by the charitable funds’ corporate linkages, harkening back to the original challenges raised by critics in the early 1990s who wondered how the IRS could accord these arms of Fidelity, Schwab, and Vanguard public charity status. It’s even possible that a little of the critique goes to the political interests of the founders; most have leaned Republican, though Bogle, a registered Republican, makes no bones about his having voted for Bill Clinton and Barack Obama.

But the Fidelity and Schwab charitable programs are not philanthropic arms of the corporations and their founders. The Johnson family is full of billionaires with a family foundation, the Edward C. Johnson Fund, with over $300 million in assets and roughly $29 to $30 million in annual giving, and a relatively similarly sized corporate foundation, the Fidelity Foundation, both with strong track records in giving to the arts. At Schwab, the major corporate giving arm is the Charles Schwab Foundation, and the family’s philanthropy goes largely through the Charles and Helen Schwab Foundation, with assets around $161 million and distributions that go to a variety of community-based service providers largely in California. The Schwab and Fidelity managers of donor-advised funds are neither family foundations of the corporate executives or corporate philanthropic arms of the two corporations.

Rather, Schwab Charitable and Fidelity Charitable Gift Fund are instruments serving the interests of the donors setting up donor advised funds, not the corporations’ or their founders’ personal priorities. Donations to either of these 501(c)(3) entities to set up donor-advised funds are “irrevocable gifts,” which is to say that technically the donor does not direct or control Schwab or Fidelity in their disbursements, but merely advises. In practical terms, that means that the DAFs are the charitable giving mechanisms of the donors, with Schwab and Fidelity serving as intermediaries and platforms to facilitate the donors’ intended distributions, especially donations based on appreciated assets. Typically, a donor with an appreciated stock would be hard-pressed to find some of his or her favorite charities able to deal with the asset, sell it, and convert it to cash. With these charitable funds, the hugely valuable service they provide for donors and donees is the conversion of appreciated assets, among other kinds of assets, so that the cash value can be donated to a charity. With increasing numbers of Americans with investments in the stock market through publicly