First Day Successes and Obstacles at the Health Insurance Exchanges 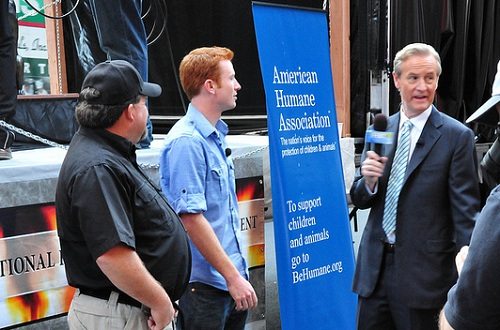 If you watched anything on Fox & Friends as the health insurance exchanges started up, you saw co-host Steve Doocy waving his laptop as he waited to get through to state or federal exchanges. We suspect that Doocy already has decent healthcare coverage through the network, so hopefully he got off to let someone who really needed help get through.

According to ThinkProgress, whose headline reads, “Obamacare Enrollment Is Beating Expectations,” other sources report quite a different performance. The indications seem to be that people want to find out what is available on the federal and state exchanges.

ThinkProgress, published by the Center for American Progress, reports that the national Healthcare.gov website got one million visitors within three hours after its opening on October 1st. In less than a half hour, there were 764 active applications in process at the Connecticut online exchange. There are long lines outside community health clinics in Florida, as consumers are learning about their insurance options there, given the state’s official recalcitrance. In Kentucky—the only Southern state that opted for both expanded Medicaid and a state-operated exchange—there were 1,000 applications for health insurance processed by 9:30 a.m. New York’s exchange website attracted two million visitors the first two hours it was operational.

A somewhat different picture emerged from USA Today’s reporting. Jayne O’Donnell and Kelly Kennedy report that the federal exchange, which is dealing with consumers on behalf of the 34 states that spurned the idea of running their own exchanges, suffered some glitches and occasional service interruptions, but reported getting lots of traffic and applications. Among the state exchanges, they found a mixed bag: Michigan’s site was not working by the early afternoon, while access to the Arkansas online exchange “was moving at a crawl due to heavy traffic.” And, contrary to TP’s reporting, Covered California dealt with website delays and glitches all morning. Maryland’s site had “connectivity” issues and had to deal with an “unexpected bottleneck” that made it impossible for consumers to create accounts.

Although some of the online issues were probably expected, especially due to the volume of activity, still the federal government and some states might have anticipated huge volumes on the first day and made preparations for a more robust interface. But of more significant long-term concern were two issues that we have covered previously at the Nonprofit Quarterly.

One was, of course, the navigators. In Iowa, two of the groups receiving navigators grants from the Department of Health and Human Services are still in the process of hiring and training staff to do the navigator outreach. The short time between the navigator awards and the exchanges’ start-ups will be making the recruitment and training process a task that will require a yeoman’s effort by the participating nonprofits.

The other program is the government shutdown. No, the shutdown didn’t shut down the exchanges. The Affordable Care Act is an entitlement and, like Medicare, its funding—the funding that the Republicans are trying to expunge—is in many cases from mandatory, not discretionary, appropriations. But the HHS staff that might have been available to work on exchange-related issues have probably been furloughed due to the government shutdown. On the first day of the largest social program change since Medicare, staff who might have been expected to be working assiduously to make the Affordable Care Act a success have been sidelined and prevented from doing their jobs by members of Congress who actually don’t want them to do their jobs.

Despite all the brickbats tossed at the ACA by congressional Republicans, and despite the less than stunning preparations of the Obama administration during the three-year run-up to the start of the exchanges, in the end, this system might well work. Remember that consumers have many months before they have to select their healthcare plans. The measure of success isn’t going to be Day One. Steve Doocy might not have gotten the response he wanted, but plenty of other Americans in need of health insurance coverage did—and will continue to do so as the exchanges get up and fully operational.—Rick Cohen