For-Profit or Nonprofit Breast Milk: Does It Matter? 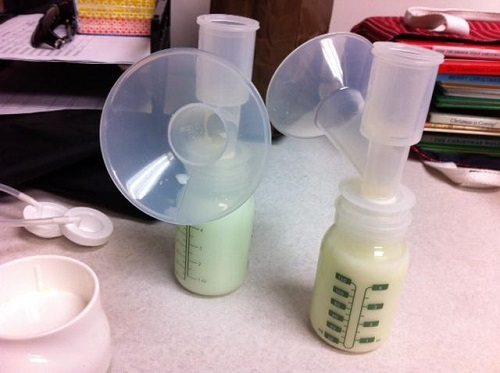 Should it matter that a for-profit is stepping into the breach of a service problem to help a nonprofit? For some people, it does. In South Carolina, there is a shortage of breast milk for newborn babies, especially premature babies. To allow moms to donate breast milk without ever having to leave home, the Palmetto Health hospital system has recruited Prolacta Bioscience, a California-based for-profit firm, to collect and pasteurize breast milk donations. Journalist Lauren Sausser reports that donor “moms won’t be paid for their milk donations, but Palmetto Health receives a $1 per ounce referral fee for every ounce collected.” Prolacta milk can then be purchased only by hospitals for a listed price of $14 an ounce.

The Palmetto-Prolacta joint venture doesn’t sit well with a competing hospital, Medical University Hospital. “[Prolacta] is a good company, but it is for profit,” said Dr. Sarah Taylor, an MUH neonatologist. “That’s important for moms to know that they’re donating to a company that will make money off of that donation.”

MUH gets its human breast milk from the nonprofit Mothers’ Milk Bank in Austin, Texas, paying $5 an ounce. Because of the number of hospitals giving human breast milk to pre-term babies, there is a shortage not only in South Carolina, but nationwide, meaning that MUH competes for access to the milk bank’s limited supplies, though it goes “higher on the Austin milk bank priority list,” Taylor explained, “if more South Carolina mothers are donating.”

“We need moms from our area donating to where the MUSC NICU (neonatal intensive care unit) is receiving milk,” Taylor added. “That way, the moms here are really supporting the Charleston area, the Lowcountry babies.”

For donating moms, there are some issues to acknowledge. South Carolina mothers who donate to the Austin milk bank must be tested and cleared for donation by a healthcare professional, and the Austin center will pay to ship frozen breast milk on dry ice only for donors who have accumulated at least 100 ounces of excess breast milk. Prolacta, on the other hand, covers the costs of screening and shipping for moms who donate their breast milk to Palmetto Health. Unlike the essentially competitive priority process at the Austin milk bank, Prolacta guarantees that Palmetto Health will be able to get at least as much breast milk as moms donate to Prolacta.

The procedures at both the Austin milk bank and Prolacta address a big problem in the burgeoning market for breast milk. If breast milk is donated to a milk bank, there is screening to prevent health contamination issues, increasingly a problem in milk given and purchased over the Internet, for example, lacking the screening protections of the banks. But should it matter whether a mom gives to Palmetto/Prolacta, where the cost and process is easier for the mom but the firm makes a profit, or to MUH/Austin where the cost and convenience for the donor-mom are different, but the cost to the hospital is lower because the milk bank is a nonprofit?—Rick Cohen