Former Secretary of Defense Gates Confirmed as President of Boy Scouts—Now What? 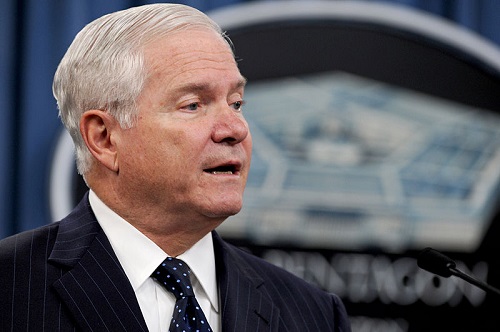 Yesterday, former Secretary of Defense Robert M. Gates was elected to the presidency of the Boy Scouts of America. The choice of Gates, who was approved by the board last October for the position, is significant in that in 2010, he supported the repeal of the “don’t ask, don’t tell” policy in the U.S. military.

He takes the leadership role at a time of turmoil in and around the organizations. Last year at this time, the Boy Scouts made the decision to allow openly gay scouts into the ranks but also to continue to exclude gay scout leaders. Some funders have already dropped away from the organization, and others are feeling pressure to do so. Disney and Merck have warned the group that they will cut funding if the Scouts do not change their policy excluding gay adults. More recently, on Wednesday an openly gay 17-year-old Eagle Scout and his supporters submitted a petition to Amazon.com with more than 120,000 signatures requesting that the Boy Scouts be removed from the list of groups that can be funded under AmazonSmile.

Gates is, himself, an Eagle Scout. “The Boy Scouts of America had a profound influence on my childhood and helped form the foundation of my career in public service,” Mr. Gates said in a statement. “I’ve had tremendous opportunities in my life, but I can say without hesitation that my memories of scouting are every bit as vivid and meaningful as what came later. I believe every boy deserves an opportunity to experience what scouting offers.”

Rich Ferraro, a spokesman for GLAAD, comments, “If anyone knows that gay and lesbian people can strengthen an institution, it is Secretary Gates. He saw that the military was left stronger and that all the doomsday fallacies didn’t come true.”—Ruth McCambridge