Former Secretary of Defense Gates to be Boy Scouts’ Next President 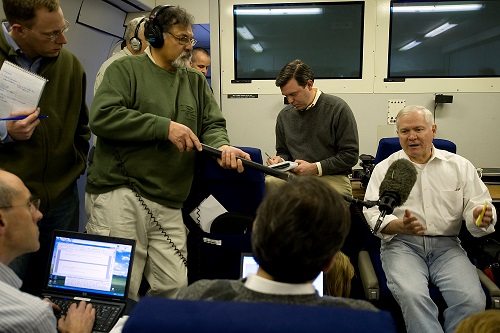 Former Secretary of Defense Robert Gates will reportedly take on a two-year term as president of the Boy Scouts next May. It is a volunteer position, and he still must be approved by the voting members of the Boy Scouts’ National Council. The choice of Gates, who was himself an Eagle Scout, for the position appears symbolic and is probably a big PR and strategic win for the network, which has been losing sponsors and funders at a steady clip (as demonstrated here and here) since it voted last May to allow openly gay scouts but not gay scout leaders.

Gates, of course, led both the Central Intelligence Agency and the Defense Department and retired as defense secretary two years ago only after overseeing the end of the military’s “Don’t Ask, Don’t Tell,” policy which banned openly gay military personnel. Gates was a strong proponent of the repeal of that policy.

“Millions of people and national corporations have called on the Boy Scouts to put an end to discrimination once and for all,” said Gay and Lesbian Advocates and Defenders (GLAAD) spokesman Wilson Cruz. “We urge Dr. Gates to continue his work to ensure all people are treated equally, no matter who they are and no matter what uniform they wear.”

Gates will not be a newcomer to the executive committee of the scouts, since he is a former member of the Boy Scouts’ executive board as well as a former president of the National Eagle Scout Association.—Ruth McCambridge