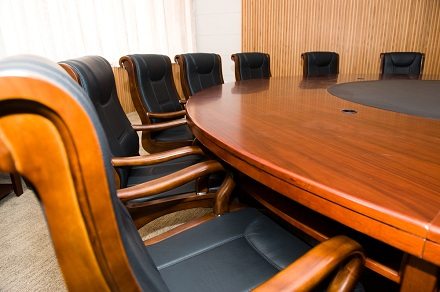 The release of the 2011 Grantmakers Salary and Benefits Report by the Council on Foundations is an occasion for the world of operating charities to see how they stack up to grantmakers in terms of staffing and compensation. Since the failed passage of the Charitable Giving Act of 2003, which would have established some parameters on private foundations’ administrative expenditures and compensation of foundation trustees, foundation compensation practices haven’t gotten much attention in the mainstream press.

Scandals involving executive and trustee compensation, such as those involving the Carl B. and Florence E. King Foundation in Dallas and the Paul and Virginia Cabot Charitable Trust in Boston, haven’t been much in evidence in recent years. Seeing how these and other scandals made foundations vulnerable to difficult Senate Finance Committee investigations, the foundation community has undoubtedly tried to rein in philanthropic outliers who might have thought of their tax-exempt foundations as personal piggy banks.

What do the 2011 Grantmakers Salary and Benefits Report and other COF-generated reports on foundation staffing and compensation practices tell us about the world of foundations? The Council’s reports suffer—unfortunately, like nearly all nonprofit research—because of their reliance on self-reported data by something less than a random sample of foundations or even Council members (from a survey sent to “more than 1,300 private, public, community, and operating foundations and other grantmakers” plus 130 corporate grantmakers or corporate direct giving programs, 910 total foundations responded, 544 of them COF members). Nonetheless, the results can provide insights into the general contours of foundations. Because the Council’s annual salary and benefits report is the only foundation sector-generated report covering a cross-section of foundations, it is the best information we have to work with on foundation administrative practices, to the point that the COF report is used professionally by foundation human resources staff and consultants as a reasonably authoritative resource on salaries and benefits.

Did you know that only 10 percent of the staff reported by the surveyed foundations was 30 years old or less? And only one of the 910 foundation respondents reported having a CEO younger than 30? Public foundations that were not community foundations (which are usually distinguished by their raising money to make grants in a specific subject matter category) had the highest proportion of employees under 30, but still only 13 percent.

Big foundations of all types paid handsomely. For the 74 participating survey foundations with $500 million or more in assets, the medians and the high ends of the salary ranges were generous:

At 125 of the responding foundations, the CEO was the only staff person. The median CEO salary at these one-person foundation shops was much lower (only $85,000), though the range went from a low of $29,000 to a high of $244,000. At the other end of the scale, for responding foundations with assets of more than $750 million, the median reported CEO compensation was a hefty $446,000.

Foundations weren’t quite on salary freezes in 2010. Almost two-thirds of responding grantmakers increased staff salaries and 90 percent were on the road to giving compensation boosts in 2011. In total, 57.2 percent of foundation respondents provided raises in 2009, 70.9 percent did so in 2010, and 86.7 percent planned to provide raises in 2011.

Demographics and Compensation of Foundation Boards

Those are all statistics about foundation staff, but what about the ultimate decision-makers in foundations, the members of foundation boards? The data from the Council’s 2010 Foundation Management Series provides some clue as to the demographics and compensation of foundation trustees:

Turning from foundation board composition to pay, the 2010 Foundation Management Series indicates that a sizable proportion of foundations participating still compensate their board members for their board service (aside from reimbursement for expenses incurred while conducting foundation business, such as travel reimbursements). In responses from 518 foundations, the Council reports that 15 percent provided compensation for all non-staff board members and nine percent provided it for some board members. For the 106 foundations that reported compensating their board chairs, there were combinations of payments of annual fees (at a median of $18,000), and fees per board meeting (at a median of $1,000) and per committee meeting (at a median of $650). The annual fees were largest for participating foundations with assets of $1 billion or more ($28,750 median) and for family foundations ($26,250 median), while tiny for responding foundations with less than $49.9 million in assets ($3,750 median). For other board members in the study, the median annual fee paid was $10,000, the median per-board meeting fee was $1,000, and the median committee meeting fee was $500.

NPQ does have a position on board compensation, by the way. The compensation of board members for what should be voluntary service—and for what is almost always voluntary service in operating charities—should be eliminated except for travel and related reimbursement, except in the cases when foundations recruit working people who would lose a day’s worth of pay for attending a foundation board meeting.

The overall proportion of minorities among professional staff, CEOs, and foundation trustees is still embarrassing for institutions working with tax-exempt resources. The opportunities for young people look paltry based on the tiny proportions of under-30 staff and trustees.

In all likelihood, the foundations with clearly excessive compensation packages for CEOs and board members (a la the King and Cabot institutions that made for headline fodder a decade ago) are probably unlikely to be active members of the Council on Foundations or voluntary suppliers of statistical evidence of their self-interested generosity. We believe the foundations that self-reported data to the Council are typically better performers than the foundation community as a whole. The Council deserves credit for collecting and disseminating this important information on staff and board demographics and compensation. Nonetheless, the nation needs a fuller picture not just of the staffing at 900 foundations and the board members of 500 foundations, but of the nation’s tens of thousands of grantmakers. Only then can the nonprofit sector better assess who is holding the strings on upwards of half a trillion dollars in tax-exempt foundation assets.