From Stonewall to Nursing Homes: The Next Fight for LGBT Dignity 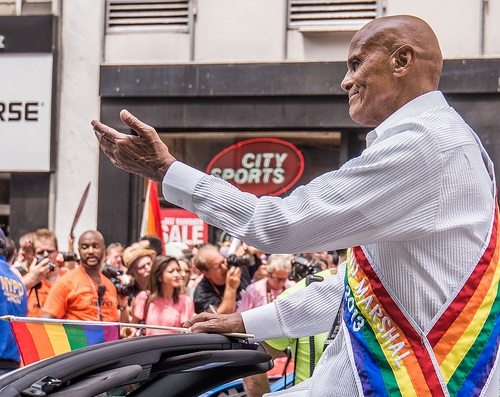 Coming out as lesbian, gay, bisexual, or transgender is a lifelong process. It doesn’t happen only once. An LGBT person has to choose whether to come out with each new acquaintance, in each new workplace, and in every new setting.

But, even with practice, coming out might get harder as one gets older.

According to the Washington Post, recent surveys indicate only “22 percent of LGBT aging adults said they felt it was all right to be open about their sexual identity in a nursing home or assisted-living facility.” Respondents feared discrimination from staff and from fellow residents. Forty-three percent had already experienced mistreatment at such facilities.

ABilly Jones-Hennin, 71, recounts to the Washington Post that during a routine in-home medical visit, a physical therapist “took it upon himself to decide to pray for me.” The healthcare worker, “wanted to clear the demons out of me and my partner [of thirty-five years].”

Conservative estimates indicate there are at least 1.5 million lesbian, gay, and bisexual adults aged sixty-five or older. This population is expected to double by 2030.

As the Washington Post reports, “Those over 65 grew up in what their younger counterparts now see as a dark age, when doctors viewed homosexuality as a disorder and gay men and lesbians were sometimes committed to psychiatric wards.”

Certainly much has changed in the last fifty years. Recent Pew Research polls indicate that as much as 63 percent of Generation X and 71 percent of Millennials believe homosexuality should be accepted by society. But consider this: an LGBT senior will not meet Generation X-ers (born around 1965-1982) and Millennials (1983-2001) in a nursing home. No, it is individuals from the Baby Boomer (1946-1964) and so-called Silent Generations (1929-1945) that will be entering nursing homes alongside the aging LGBT population. These groups are much less likely to consider homosexuality socially acceptable (50 percent and 47 percent, respectively). This means approximately half of all fellow nursing home residents are likely to be unsupportive.

It appears that the individuals who survived pre-Stonewall and championed civil rights have a new fight coming – old age. According to the organization SAGE (whose name is an acronym for “Services & Advocacy for GLBT Elders”), “with less income and higher levels of poverty, many LGBT elders enter their later years with marginal community support.” They are more likely to live alone and less likely to have children to support them. This means that as they age, LGBT individuals may feel financially vulnerable and without options. For many, returning to the closet might feel like the safest choice.

Many nonprofits are taking up this cause. The San Diego Human Dignity Foundation, one of the largest LGBT community foundations in the country, now offers “Aging with Dignity” as a major funding initiative. Organizations such as the Human Rights Campaign, the National Resource Center on LGBT Aging, and SAGE are conducting research, educating the public, advocating for inclusive laws, and providing services for aging LGBT individuals.—Jennifer Amanda Jones