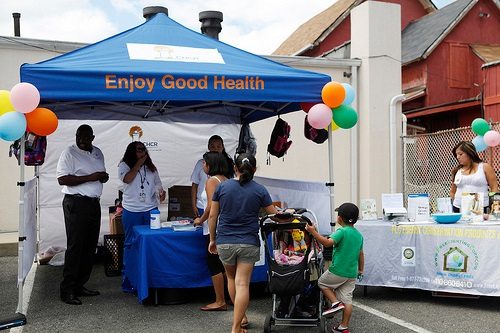 A new study published in the January/February issue of the Annals of Family Medicine suggests that the number of uninsured patient visits to community health centers over the first half of 2014 fell by 40 percent for CHCs located in states where Medicaid has been expanded. Medicaid-covered visits, on the other hand, rose by 36 percent. Health centers in states that did not expand Medicaid experienced no change in the rate of Medicaid-covered visits and a decline of only 16 percent in the rate of uninsured visits.

These differences will become very important as the 1,300 community health centers that operate 9,200 clinics throughout the United States look at their sustainability for the future.

Peter Shin, an author of the study and an associate professor of health policy and management at George Washington University’s Milken Institute School of Public Health in Washington, D.C., said it was to be expected that the initial decrease in uninsured visits is larger in Medicaid expansion states, since patients in those states have the option to access Medicaid. “However, in the non-expansion states, the uninsured don’t have the Medicaid option,” he observed.

The study looked at 156 health centers in nine states—five that expanded Medicaid and four that did not—and the researchers say that though the sample was limited, the findings are relatively consistent with other studies. The study also showed that patient visits to expansion-state clinics rose five percent in the post-expansion period. Visits to non-expansion-state clinics did not increase.

Dan Hawkins, senior vice president for policy and research at the National Association of Community Health Centers (NACHC) in Washington, D.C., says that it is still “too early to make any judgments” about a decline in uninsured patient rates, citing the experience of Massachusetts health centers in the implementation of that state’s health reform. In that case, although the number of uninsured patients declined, according to Hawkins, “the raw number of people being served by health centers in Massachusetts today is greater than it was before because they [health centers] become magnets.”

Understanding these dynamics is immediately extremely important, since the CHCs may be facing a funding cliff this fall when $3.6 billion in Affordable Care Act funding is set to expire unless renewed by Congress.

Dr. Jennifer DeVoe of the Oregon Community Health Information Network says, “If you look at health insurance claims, uninsured visits and uninsured patients are completely invisible. They don’t show up anywhere.” The study, she said, “allows them to become visible and gives us a more complete picture of the entire patient population, both during periods of uninsurance and periods of insurance.”—Ruth McCambridge