Gen Op vs. Program Support: A Funder Takes a Run at Reframing the Overhead Argument 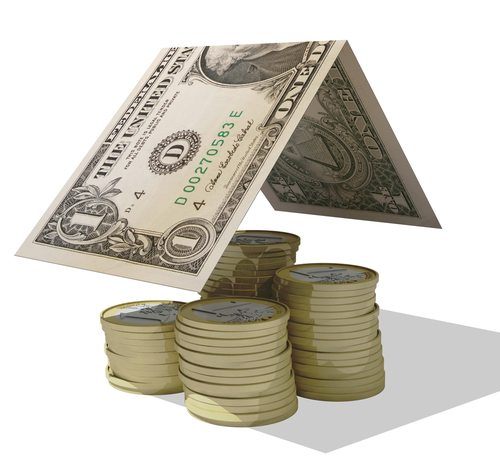 The latest iteration of what has become the seminal argument around general operating vs. project support is being called “the overhead myth,” and refers to the penchant of potential donors to study the ratio of “overhead” to “project” costs in determining whether a nonprofit is operating “efficiently,” and is therefore worthy of a contribution. Ideally, so the one side of the thinking goes, if a nonprofit is dedicating the majority (83 percent? 99 percent?) of its resources toward “program” expenses, rather than to things like lights, heat, and payroll, then it is operating somehow more properly than other nonprofits that are not so “efficient.” The fact that so many of the words in the preceding sentences had to be in quotes should underscore how much of all of this is open to interpretation and skewed definitions.

It also, for me, moves the entire argument even closer to becoming another version of the classic American advertising confrontation about whether a certain light beer was more worthy of being drunk because it is “less filling!” or it “tastes great!” (I hope that doesn’t date me too much.) In either case, the beverage is consumed, just as the organization gets the funding, so what’s the problem, really? Whatever the intention is behind the individual’s decision to drink or to donate, the (alleged) benefit is conferred. There should be no further issue. And it should be so easy.

Importantly, however, there is validity to the point about intention. Donors can give to an organization for whatever reason, and under whatever circumstances, they wish. Many individual donors do just this—they write checks to organizations they have vetted (or not) according to whatever details they believe to be important, to be used as the organization wishes, or as the donor wishes. If the donor’s demands are too great, the organization is free to decline the donation, which I have seen happen (though very rarely), and for good reason. But individual donors are far less constrained than institutional donors over issues of impact and accountability. Individual donors can care about this aspect of philanthropy, or ignore it completely. Whatever makes them happy about making the donation is their own business.

It’s a critical point, certainly, in the context of the fact that 75 percent (more or less) of all nonpublic charitable support is provided by individuals. Many nonprofits seek individual support, albeit via special events, precisely because it is, for the most part, unrestricted. It has only been with the rise of the “businessification” of the nonprofit sector, especially over the past decade, that general operating support (GOS) vs. project support (PS) has become an argument worthy of academic intervention.

As nonprofits have been exhorted to function more like businesses, and philanthropy has followed suit and done much of the cheerleading, nonprofits have been caught in a very tight squeeze: They can’t hold onto profits, which I prefer to call “margins,” because that would somehow violate their charitable purpose, and yet businesses cannot function unless they earn a profit. Profit (operating cash) is the only thing that allows a business to adapt quickly to changes in markets like booms or busts; it’s what allows a business to create new products, or test new approaches, or train, or upgrade. It is impossible—almost laughable, really—to try to function like a business if the core element of what makes or breaks a business is denied to the nonprofit.

Enter the notion of general operating support. GOS, as most people realize, is nothing more than what a business would call operating cash, and provides the nonprofit with everything I’ve listed above. In theory, if funders allowed all their donations to be unrestricted and used as cash, the nonprofit would be free to fly right and get the job done. They could respond when their “markets” boomed—like when people suddenly become unemployed and in need due to things like sequestration or government shutdowns or cutbacks—and hire more people to provide services. Or they could respond quickly when programs they offer are shown to be ineffective or duplicative—like when they perform extensive evaluations demanded by funders—instead of being forced to continue them to honor the “contract” between the funder and the nonprofit. GOS, then, solves all the problems inherent when nonprofits try to act like businesses.

Would that it were so easy. The single biggest disconnect in this formulation, and what is rarely explicitly discussed, is that in a business setting, the customers come to the business voluntarily, decide what they want to purchase, decide how much it’s worth to them, and hand the vendor some form of payment at the point of the exchange. It’s a one-to-one transaction, completed immediately. No further negotiation necessary. Done. Which is exactly what does not happen in a nonprofit setting.

Scroll back earlier in this article and you immediately see the problem: The payment comes from third parties, after some time, who are completely removed from the transaction and who have completely different intentions and expectations of the nonprofit’s work. For the institutional funder, like foundations, there especially needs to be accountability: some assurance that the funds granted are effectively used.

Enter the notion of project support. The only way a funder can attain the need for accountability—which is, in my view, entirely appropriate, legitimate, and necessary—is to establish parameters around how the funds are used. Thus, the donations or grants are time-limited, outcome oriented, and evaluable. And because the funder has exactly the same desire in mind as the nonprofit—to eradicate poverty, or end illiteracy, or provide art—the focus has become disproportionally directed to the programs offered by the nonprofit. And as the evaluation industry has evolved, this focus has been reinforced over and over again. The funder wants to know what progress has been made toward the stated goals. They are generally not asking about the quality of the exchange between the nonprofit and the client or customer, since they have pretty much no presence in that at all. They’re not interested in how the business is run day-to-day, only in what it is accomplishing toward the shared goals. And, perhaps most importantly, the funder is almost always completely disconnected from the cash flow issues of the nonprofit, meaning that when the funds are needed is not particularly relevant either.

So, “GOS vs. PS” becomes the argument.

“We need to know you’re spending it well,” says the philanthropist.

“I can tell you everything you need to know,” says the evaluator.

How are these intentions and expectations reconciled?

One suggestion is to disconnect “program support” from its absolute connection to programs. As I noted at the beginning, the money goes into the organization either way, and the current solution by nonprofits (though they don’t like to talk about it) is to shift money and borrow between grantlines to cover immediate cash needs. These are reinstated when other funds come in, but it’s a dangerous, wasteful, and unnecessary game. However, what if the idea of what constituted a project or program was expanded to include the organizational development needs of the nonprofit? At the Oishei Foundation, we call them core operations improvement grants, and they are agreed-upon activities that allow the nonprofit to do things that they would do anyway if they had the unrestricted cash they seek in GOS, like staff or board training, infrastructure improvements, or new program development. They still meet the criteria of being time-limited, outcome oriented, and evaluable, but they aren’t focused on the actual (external) programs offered. Instead, they look to improve the (internal) environment that supports the delivery of the programs.

So why not just give it as GOS? Because my experience as both a nonprofit manager and now as a funder has shown me that most nonprofit managers will take the funds and put them toward program expansion almost obsessively. I understand well and empathize with this impulse, and I know it can be to the detriment of the organization overall. Any funds that are not used on programs seem, to many managers, to be wasted, or used improperly. And this notion is reinforced almost continuously, as in the entire argument about the “overhead myth.” This also why I am hesitant about the current thrust toward capacity building. I’m not sure I want to support the building of an organization’s capacity if what is really needed is to improve an organization’s competence. And I don’t see capacity building to be necessarily the same as improving competence.

One last point about GOS: far too many nonprofits believe we are talking about “free money.” My experience with funders who report giving GOS or who have done it locally is that they are performing some pretty serious due diligence on the operations of the nonprofit before they make these grants. In other words, the big string that comes with GOS is a funder who will be watching very carefully how the nonprofit operates, and that can be a sharp other side to the sword. Be careful what you wish for.

So by establishing a common goal of operations improvements largely determined by the manager, the funder gives the manager “permission” to act in the best interest of the organization, and not directly for the client. In this sense, program support is general operating support, and the needs of both sides are met. There’s nothing to argue about anymore, since any activity can be funded as a “program.” It may also provide an additional benefit: Since many philanthropists are also businesspeople, they are more comfortable getting involved in the business of the business, and can be of great help by providing advice and guidance in improving operations beyond the grant. Which is also a great opportunity for the nonprofit to demonstrate exactly why a business is not a nonprofit. It may be an imperfect solution, but for us, it has largely taken the wind out of the “GOS! PS!” sails.