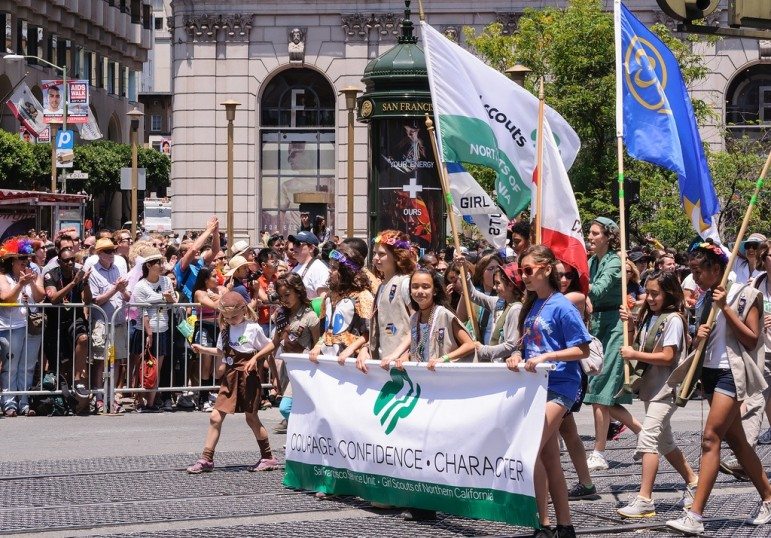 At 23 days left to go, the fund at Indiegogo for the Girl Scout Council that returned $100,000 to a donor that wanted a commitment that the council would exclude transgender girls now stands at more than three times the original donation. Granted, the lion’s share of donations is likely in, but we would guess that some portion of the almost 7,000 people who donated will be retained as donors. And of course, new donors treated right are a gift that keeps on giving.

As readers doubtlessly know, the donor who made the demand had her money promptly returned, and the council used the opportunity to invite people to stand up with them, which they did in droves.

Leonard Pitts, a columnist for the Miami Herald, writes that the Council exhibited an “inspiring example of moral courage.” While he acknowledged that some may be disturbed by having to be inclusive of transgender folk, he writes of the unfortunate impulse some have “to handle difficult questions by segregating those who make them necessary behind barbed wire of social rejection: You can’t do this, you can’t join that, you can’t go here, you can’t participate there.” Pitts concluded:

“It is a tactic that has been tried repeatedly, tried by coercion of custom, force of law and threat of violence. When in all of the grand sweep of time has it ever worked? When has the marginalized group ever sat contentedly behind barbed wire without demanding, and fighting for, change? When have the people who imprisoned them there ever been vindicated by history?”