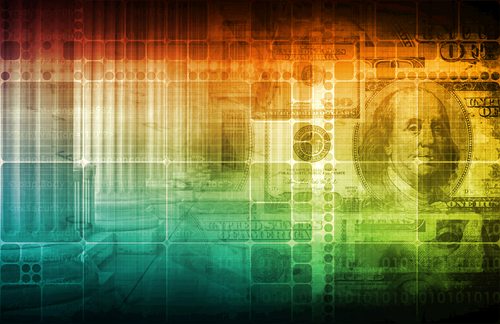 The National Association of State Budget Officers has released its Fiscal Survey of the States and the National Association of State Legislatures has issued its State Budget Update. Both reports are from the fall of 2013, but are getting attention now that the nation is looking closely at prospects for the remainder of fiscal year 2014, as in Stateline writer Elaine Povich’s review of the NASBO report. Given that many nonprofits live, eat, and breathe state budget dynamics, the convergent and divergent parts of the NASBO and NCSL analyses carry weight.

Both reports suggest that many states are doing much better on the revenue front than in recent years. According to the NCSL, of the 37 states plus the District of Columbia that collect personal income taxes, corporate income taxes, and sales taxes, Massachusetts, North Dakota, Pennsylvania, and Wisconsin report that their collections were higher than expected in all three. Among that group, only West Virginia indicated lower than projected revenues in all three categories. Of all states and D.C., based on current trends, 38 said that they were likely to meet their revenue collection targets for FY2014 and eight predicted exceeding revenue targets. The NASBO report tempered this with the following commentary: “Although revenues are expected to increase in fiscal 2014, states are not projecting a rise in tax collections comparable to the gains in fiscal 2013. Revenues increased by 5.7 percent in fiscal 2013, while states project revenues to rise by only 0.8 percent in fiscal 2014.” NASBO predicted “sluggish growth” in health care, higher education, and aid to local governments as behind the lower 2014 estimates.

Of importance for nonprofit affordable housing and community development groups that often use state housing programs capitalized by real estate transfer fees and taxes, NCSL reported that these taxes were coming in on target in 17 states and the District of Columbia, and above projections in Florida, Virginia, Pennsylvania, New Hampshire, and Wisconsin. Only New Jersey and Tennessee predicted revenues below budget targets. That means good news for Florida, where the Documentary Stamp Surtax program has assisted numerous affordable housing developments, but potentially bad news for New Jersey where the Neighborhood Preservation Balanced Housing Program is funded by the NJ Realty Transfer Tax.

NASBO identifies several states with double-digit percentage increases in anticipated expenditures for fiscal 2014—North Dakota (42.9 percent), Oregon (14.2), Ohio (11.4), Texas (12.0), Montana (10.2), and Hawaii (12.9)—and a handful of states with decreases—Alaska (-8.5 percent), Connecticut (-9.6), Illinois (-0.5), Kansas (-3.3), Minnesota (-0.3), West Virginia (-2.0), and Wyoming (-0.1). But the key, whether up or down, is where the expenditures will go. NASBO indicates that program cuts in public assistance are slated for Arkansas, Delaware, Louisiana, Massachusetts, Michigan, New York, Ohio, Pennsylvania, and West Virginia. Cuts in K-12 education are slated for Wyoming, West Virginia, Missouri, Minnesota, and Kansas.

West Virginia shows revenue shortfalls plus multi-program budget cuts, which won’t serve it well as it tries to deal with what might be a prolonged and costly water contamination crisis. But other states have specific budget issues that might impact nonprofits. The NCSL report noted that Maryland, for example, is predicting a $25 million shortfall for spending in foster care maintenance, legal services, and child support enforcement. Wisconsin is already over budget in its public assistance cash benefits, while Vermont reports being over budget in general assistance payments and homelessness services.

The headlines have been generally about state fiscal situations looking up, but for nonprofits, the news is buried in the details—which revenue sources are going up or down, which expenditure categories have been slated for cuts, where are program expenditures already or predicted to go over budget. While total state revenues may be generally looking positive, the overall picture for some categories of state expenditures is much more mixed and still not making up for the shortfalls and cuts that occurred at the height of the Great Recession.

Perhaps some nonprofits think that these reports on state budget issues don’t affect them, because they are largely charitably funded and don’t rely on government grants and contracts. That kind of myopic vision is troubling. Even for those nonprofits that don’t seek or receive government money directly, their constituents and clients are probably getting government support for the services and programs they use—and perhaps even to pay for some of the services they get from the otherwise privately funded service providers. All nonprofits have to pay attention to state budget dynamics, because they are all affected, directly or indirectly—and unavoidably.—Rick Cohen