GOP Strategy on the Cliff: Slash Budget or Shut down Government 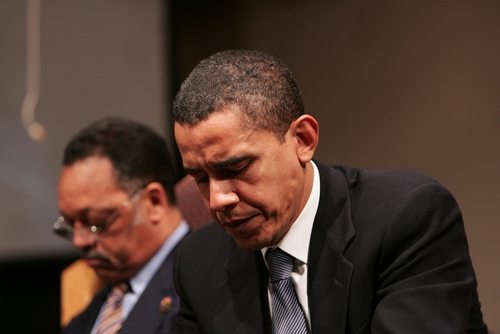 Reporting for Politico, Jim VanderHei, Mike Allen, and Jake Sherman discuss potential Republican strategies for the next fiscal cliffs facing Congress: the debt limit, sequestration, and the continuing budget resolution that allows government to operate. They report that although an increasing number of Republicans are willing to take the “dramatic” step of letting the government default on its debts by refusing to raise the debt limit, a more serious and likely strategy is to force a government shutdown unless President Obama gives in on spending issues.

The U.S. will hit the debt limit deadline in late February or early March. The budget sequestration process that was avoided in the recent fiscal cliff deal would again rear its head on the first day of March. The continuing resolution that funds government operations is set to expire on March 27th. A U.S. government debt default would be catastrophic for the markets—in which a large proportion of the American population invests through retirement accounts, money market funds, and direct equity investments.

While some on the far right wing might be willing to bring on a default, one has to suspect that there are enough sane heads in the Republican ranks to avoid risking the nation’s entire economic apparatus as well as courting a public relations nightmare for the dwindling Republican brand. But bringing government to a halt—which has been done before—is not beyond the pale to many Republicans who are hardly fans of federal spending to begin with.

House Speaker John Boehner (R-Ohio) is already among the walking wounded in politics after his failure to get Republicans in the House to support his proposed fiscal cliff deal, much less the compromise legislative package negotiated between Vice President Joe Biden and Senate Minority Leader Mitch McConnell (R-Ky.). Now what does he do, given that a bunch of his allies are ready to shut the government down and some are open to forcing a default? Even though he has promised not to support legislation that doesn’t get a “majority of the majority” in the House (meaning a majority of the House Republican votes), Boehner is not a wingnut and won’t support a government default.

However, it is entirely possible that Boehner won’t stand in the way of the wingnuts when it comes to forcing a government shutdown over the continuing resolution. To Boehner’s colleagues, the $1.2 trillion in sequestration cuts is a “done deal” and only the details on which programs will suffer what cuts remain to be hammered out. Because $1.2 trillion is such a small proportion of money over multiple years of a federal budget, sequestration is inconsequential to the Republicans, and we haven’t heard Democrats say much about it either. It is one of those cliff items that might get bipartisan support just as an example of both parties coming together to do something, anything, even if it is somewhat ludicrous to be sacrificing safety net programs when tens of millions of people are suffering from unemployment and poverty. Then, in the middle of March, Boehner and his colleagues will contemplate holding the federal government’s continuing budget resolution hostage until there are significant spending cuts.