Judith Grey of the Daily Beast hates the ads that have been developed to lure millennials to sign up for the Affordable Care Act, and why not? They were demeaning and objectifying. As Grey writes, “Some ads developed by two nonprofit groups in Colorado were so bad that Business Insider described them as ‘making the Internet cringe.’”

Although the ads have generated a lot of attention, that hasn’t translated into increased signups for the ACA. To date, only 21 percent of the total Obamacare enrollees have been between 18 and 35, but the scheme needs to nearly double that proportion to make the scheme work. Why, then, insult the intelligence of the target group?

Grey says, “A good place to start is to focus on selling what this audience has most to gain from Obamacare—the satisfaction of being a member of a society who believes universal access to health care is a fundamental human right and knowing that their enrollment in the plan enables the old and infirm to enroll affordably, too. After all, many of these young folks are the same people who responded so positively to the civically minded message—‘we are the ones we’ve been waiting for’—of Barack Obama’s 2008 campaign.”

So instead of this kind of insulting nonsense, says Grey… 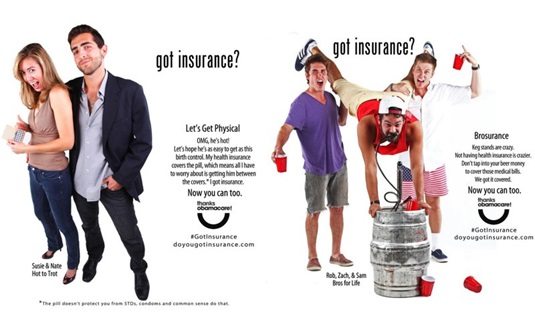 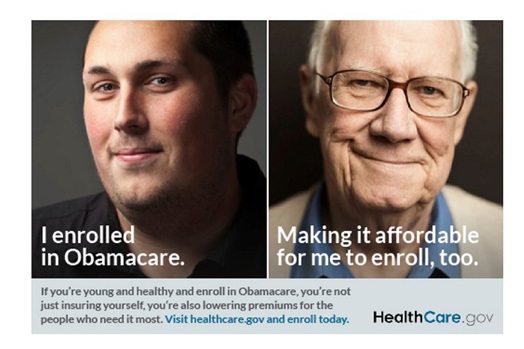 We’d love to hear from readers about this.—Ruth McCambridge