Grants to Advance a Field: 6 Ludwig Cancer Centers Get Unrestricted Vote of Confidence and $540 Million 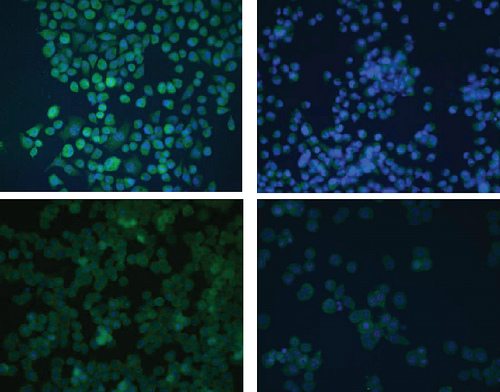 Endowments are meant to provide a foundation that can sustain work over time, but the size and restrictiveness of the investment matters enormously. In the case of these six cancer research centers, a $540 million endowment is meant to help them pursue work that is speculative and risky, unencumbered by the profit requirements of “the market” or the conservatism and restrictions of government funding.

By the time Daniel K. Ludwig, an American businessman once known as one of the richest men in the world, died at the ripe old age of 95 in 1992, he had given away most of his foreign assets to the Ludwig Institute for Cancer Research in Zurich, which has a current endowment of $1.2 billion. Before his death, Mr. Ludwig created the Virginia and D.K. Ludwig Fund for Cancer Research to fund U.S. cancer research with his U.S.-based assets, known as the Ludwig Centers. These, together with a collection of scientists scattered around the world, comprise what is known as Ludwig Cancer Research. Ludwig’s global contribution to advancing cancer research is now $2.5 billion.

On Monday, it was announced that Ludwig Cancer Research has completed a final disbursement to the Ludwig Centers at six prestigious research institutions. The total of the gift was $540 million, split evenly among the six Centers. Added to previous gifts, it brought the total to $900 million—or $150 million for each institution.

Even in the realm of mega-grants, these endowments, taken together, are on the larger side, and we were intrigued. What were the conditions of the grants and the thinking behind them? Were the institutions required to collaborate? Did each have a specialization?

First, the basics: The institutions where Ludwig Centers are located in the United States are Johns Hopkins University, Harvard University, the Massachusetts Institute of Technology, Memorial Sloan-Kettering Cancer Center, Stanford University, and the University of Chicago. Each was founded in 2006 with an early investment, and each of the Ludwig Centers has indeed chosen a specialized focus for their research, having gathered a team and collaborators, but there are also plenty of opportunities to collaborate cross-institutionally.

What we found beyond that was both highly unusual and impressively simple. Each of the Centers was given an equal amount of the money available as an endowment in perpetuity, leaving no grant money in the original trust. The gifts were given on the basis of the quality of the institutions that Ludwig himself designated and the scientists working there; that is where any control apparently ended, with the exception that the funding must be used exclusively for the Ludwig Centers and for cancer research.

The endowment provides each Center with between $4 million and $5 million a year in operating income, and this money is unrestricted. This provides an environment for cancer research that is guided only by the intention to offer effective treatment for cancer patients. As Ludwig desired, researchers at Ludwig Centers do not worry about having this simple logic warped by a profit motive or by government priorities.

That freedom in itself doubles the value of the money, but there is also the question of the “size and permanence” that George Demetri of the Harvard Center, which has a focus on resistance to therapy, refers to in an interview with Harvard Magazine. This is, he says, what allows the center to take on “high risk and reward” strategies.

Freeing the Research from the Distractions of “Marketplace”

In an interview with NPQ, Irving Weissman at Stanford discussed these kinds of distractions and barriers as they have appeared in his work, which has focused on stem cell research and immunology. He said that his experience with business investors is that the bottom-line question will always boil down to “how much can we make and how fast.” The cycle that his research takes includes a realm of work that is experimental and risky, and therefore likely to include a good deal of failure. With regard to government funding, Irv observes that with funding scarcity has come increasing conservatism in what kinds of projects are funded. “Anything that is too out of the ordinary or seems too expensive for the risk, they will not do.”

Weissman explained the focus of the work of the Ludwig Center group at Stanford. The group is dedicated to investigating cancer and its treatment from the perspective of stem cell biology and medicine. The view that cancer is driven by cancer stem cells has the capacity to change the whole field of cancer research and lead to entirely new, targeted cancer therapies that cure cancer without the toxicities common in most treatments.

According to Weissman, some of the research the Stanford group does may be based on theories that are not yet credited but which the scientists see as promising. In the midst of journeying down one path, you may in fact find another that looks equally promising. This pre-clinical work needs space and time to develop, and if it is interrupted or disallowed by a funding source, you may lose the thread and traction.

“Ludwig allows us to get to proof of principle,” Weissman said. “It filled a gap for academics in that it provided a way to carry ideas forward into clinical trial and then to proven treatments. It allows the centers to engage in grand experiments without having to worry about preconceived milestones.” Then, other monies are attracted as needed.

Weissman said that being at the Ludwig center has allowed them to bring together a high-level group of established scientists who are working in complementary ways, while also attracting promising younger researchers. There are ten or twelve principal investigators associated with the Stanford Center, each of whom works with a team of ten or so. The Ludwig money allows them to tee the work up, says Irv, getting each line of inquiry ready for clinical trials.

“I feel Ludwig has allowed us to act as the voice of the people,” said Weissman, “If you or a family member has cancer, what do you want cancer researchers to be guided by, business bottom lines or preconceived milestones, or the real questions how the disease works and can be interrupted?”—Ruth McCambridge