Hail to the Houndstooth: The Distinctive Charitable Fundraising Arm of the University of Alabama 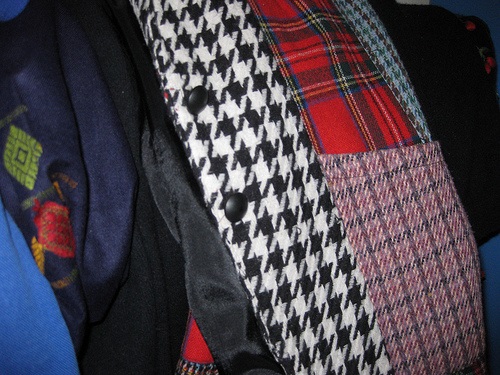 For fans of the University of Alabama Crimson Tide, a college football team that has had an extraordinary ability to do exceptionally well year after year in NCAA football, the importance of the houndstooth pattern is immediately understandable. Legendary coach Paul “Bear” Bryant wore a black and white houndstooth hat to most games beginning the year after the New York Jets drafted Alabama quarterback “Broadway” Joe Namath (Bryant got the hat originally from Jets owner Sonny Werblin).

Particularly interesting in this article, however, are Archibald’s comments about the Crimson Tide Foundation, which is described on the Roll Tide website as a 501(c)(3) “charitable arm of the University of Alabama Department of Athletics.” Archibald reports that Paul Bryant, Jr. is the chairman of the Crimson Tide Foundation, Angus Cooper II was on the board (though a bio of Cooper at the Iberia Bank site indicates that he is the VP of the Foundation board; whatever his status, he is a donor of more than $1 million to the foundation), and William Britt Sexton is on the board (and through the Sexton Family Foundation a donor of between $100,000 and $500,000).

Archibald’s note that the Foundation has “stopped reporting to the IRS in public documents” is an attention-grabber. Unfamiliar as we are with public charities that can simply not submit 990s, we checked on GuideStar and discovered that the last publicly available 990 identified with the Crimson Tide Foundation was for Fiscal Year 2005 (ending June 30, 2005), in which the charity took in revenues of $33.9 million. The Foundation still seems to be quite active, Form 990 or no. We found a recent University of Alabama document that contained brief financials on the Crimson Tide Foundation indicating that it had total revenues in Fiscal Year 2014 (ending June 30, 2014) of $62.6 million, up 22.2 percent over the previous year, and ending with total assets of $155.7 million.

Archibald says that the UA board of trustees “doesn’t act like a public institution…[but] like a family business, interrelated and dependent, compromised and compromising. It is a family business that, too often, considers its business none of your business…The board for decades has operated in the smoke and shadows, thumbing its nose at public records and open meetings laws, discouraging conversation among board members in the light of day.”

According to Archibald, the foundation contends that it doesn’t have to submit 990s because “it is affiliated with a government entity: the UA Board of Trustees,” though that explanation seems to run contrary to the fact that regardless of the relationship with the UA, the foundation is a legally incorporated 501(c)(3). The IRS would presumably want to look at the foundation’s 990s, which would include things like its purchase of a home at the price of $3.1 million for football coach Nick Saban. Actually, the foundation purchased the 8,759 sq. ft. home from the Sabans, which they had purchased for $2.9 million in 2007, but the Sabans still live there, mortgage-free and tax-free, as the foundation paid the $10,000 property tax bill due on the home at the end of 2013 but has since had the home treated as tax-free by the Tuscaloosa Tax Assessor because of the foundation’s nonprofit tax status. Saban’s current annual salary of $6.9 million, prior to performance bonuses, does not include the cost of the home.

Perhaps the foundation was unhappy with the fact that with its filing of a 990 in 2005, it had to reveal that it had purchased an Israeli-manufactured nine-seat airplane which is used by Saban and other personnel for recruiting purposes, including transporting potential Crimson Tide football players to Tuscaloosa. Maybe the IRS might have had questions about why the foundation bought the Westwind Astra to replace an older, smaller Cessna that the university itself owned, and about the charitable nature of the $477,000 annual cost of operating and maintaining the plane (as reported in 2005 by Alabama Aviator in 2005) and the $2,700/hour flight cost according to Gulfstream, the manufacturer that bought the Israeli manufacturer in 2001. Writer Michael Casagrande in 2014 noted that “the plane’s movements cannot be accessed otherwise because the school had the tail number blocked from flight-tracking websites,” probably because of the competitive nature of ’Bama coaches’ and recruits’ dynamics vis-à-vis other football teams, but like the lack of 990s filed for the foundation, the university’s ability to camouflage the movements of its airplane seems unusual, to be sure.

Somehow, all of these university-affiliated foundations and dozens more were able to file 990s notwithstanding their fundraising activities to benefit a public university. But the Crimson Tide Foundation doesn’t provide the typical 501(c)(3) disclosures that we, and presumably the IRS as well, would expect of just about any public charity or private foundation. If a private foundation linked to the University of Alabama is able to avoid filing a Form 990 with the basic elements of transparency that nonprofits provide as a matter of course, it does not bode well for the public’s right to know in light of the increasingly popular practice of public agencies establishing 501(c)(3) foundation arms.