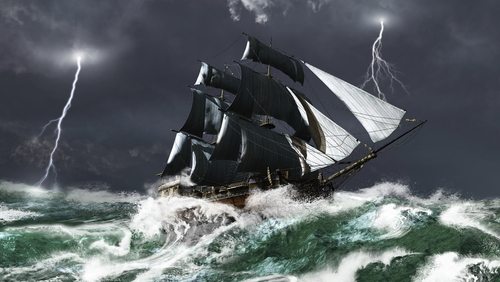 The fate of the Affordable Care Act, notwithstanding obstructionism by the Republicans and the nine House Democrats—Matheson (Utah), McIntyre (N.C.), Barber (Ariz.), Barrow (Ga.), Horsford (Nev.), Maffei (N.Y.), Maloney (N.Y.), Ruiz (Calif.) and Sinema (Ariz.)—who voted with them on the shutdown-guaranteeing continuing resolution, depends strongly on the success of efforts to get uninsured people to enroll for health insurance.

First and foremost in making this happen are the navigators who have been given grants by the Department of Health and Human Services to help uninsured consumers figure out the offerings on the federal and state exchanges as well as determine whether they might be eligible for subsidies.

There’s no reason to let the Obama administration off the hook for its own responsibility in making the work of the navigators tough, what with navigator grants that were announced only in August with training materials issued in September for the October 1st start-up of the exchanges, not to mention embarrassing computer glitches on the exchanges, but the gleeful efforts of Republicans to undermine the navigators have been obvious and unabated. (You can see NPQ’s coverage here and here and here). Since the nonprofit sector plays a lead role in the navigators’ function, the treatment and support of the navigator groups is critically important for the nonprofit sector to watch, making sure that health insurance obstructionists don’t make nonprofit navigators into fall guys.

The latest attack on nonprofit navigators comes from Fox News, which charged that navigators in Florida were going door-to-door despite the Obama administration’s pledge not to do so. Fox News had it wrong, as both the United Way of Florida and Enroll America, the two organizations cited for door-to-door canvassing, were not funded by the HHS navigators.

An erroneous report like that becomes fodder for the obstructionists, even if it is later proven false. As soon as Fox News ran its report, the House Energy and Commerce Committee chaired by Rep. Fred Upton (R-Mich.) posted the clip on its website, even though the committee could have and should have known that neither group was a navigator.

NPQ checked the Committee’s website to find a modification of the Fox News report. The new newsclip says that the United Way and Enroll were identifying themselves as navigators, even though they weren’t funded to do so. Spokespersons for the United Way and Enroll have spoken to the press confirming that they are not navigators and were operating to provide information on their own volition, though NPQ has no independent way of verifying whether UW or Enroll canvassers did or did not identify themselves in that way; an Enroll spokesperson said that Enroll staff do not identify themselves as navigators, but rather refer people to organizations that are officially designated ACA navigators. Regardless of the specifics of the Florida incident, the House committee elaborated that although the federal rules apply to the 105 groups receiving navigators’ grants, they don’t apply to other organizations that could, on their own, go door-to-door, “bound to confound consumers—or worse.”

Essentially, the committee has linked the official navigators, already vetted and designated by HHS, with scammers and crooks: “…Any other group is free to pound the pavement collecting information and enrolling folks in the healthcare law with no guidance from the administration, and no guarantee of consumer protection. This type of confusion is precisely why the committee remains committed to thoughtful oversight.” The House committee strategy appears to be to impugn the credibility and trustworthiness of the navigators, even if they are following the law.

Increasingly, this obstructionism has taken a toll on navigator groups, some of which are rethinking their desire to participate, even though they have received HHS grants. The latest to drop out is the East Texas Council of Governments, which cited as its reason its “liability” under the state’s increasing pile of anti-navigator regulations.

Nonetheless, in some states, groups are fighting back against the obvious obstructionism. Notably, in Tennessee, two lawsuits have been filed against the new regulatory obstacles [Update: U.S. District Court Judge Todd Campbell just issued a temporary restraining order blocking the state’s enforcement of part of its new law, saying that the statute’s language is too broad.] In Miami, despite state rules trying to prevent navigators from working out of local health departments and other county buildings, the Miami-Dade county commissioners went ahead and invited navigators into county offices, so long as the buildings were not actually owned by the state. Why did the commissioners choose to defy Florida governor Rick Scott? Perhaps because 35 percent of the Miami-Dade population is currently uninsured.

The importance of the navigators cannot be understated. Their success isn’t important just for the Affordable Care Act, but for the reputation and trustworthiness of nonprofits as government contractors.  All of us have a duty to counter misinformation about the ACA navigators from the likes of Fox News and the House Energy and Commerce Committee—Rick Cohen