Help for the Addicted or Irresponsible Government Overreach? 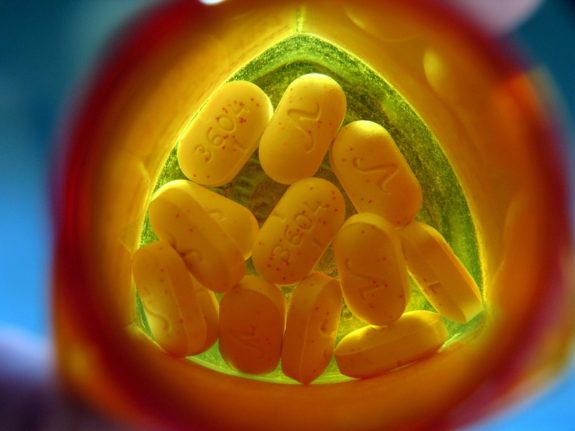 In his seventh State of the State address on January 10th, New Jersey’s Republican governor, Chris Christie, challenged the state legislature to send him a bill addressing the opioid epidemic. Several weeks later, Christie signed the bill into law—the toughest in the country, setting a five-day limit on initial prescriptions for pain-killing opioids. The law also mandates insurance companies to accept addicts into treatment without delay and to pay for up to six months of inpatient and outpatient addiction treatment.

On March 29th, President Trump named Christie as chair of a new commission to fight the opioid crisis in America. The commission will be accountable to the White House Office of American Innovation established several days earlier.

Last Thursday, Christie repeated his warning (first declared in his February budget address) to Horizon Blue Cross Blue Shield of New Jersey that it must either contribute $300 million from its reserves to help fund the state’s new opioid law or forfeit its nonprofit status.

“You can’t have it both ways, Horizon,” Christie said during a press conference at a drug treatment center. “You can’t pay your executives huge, multimillion-dollar salaries, and have them driven around in chauffeured cars. You can’t hire multimillion-dollar lobbyists, both in-house and outside, to fight what your mission is supposed to be.”

Founded in 1932, Horizon is New Jersey’s largest insurance carrier, with 3.8 million members. It is the only licensed Blue Cross and Blue Shield Association plan in New Jersey. As such, there are no shareholders. Horizon has a board of directors, which governs the company for its premium-paying members. Horizon’s reserves are there for the benefit of its members, not to necessarily fund the governor’s new initiative, as commendable as it may be.

NPQ has long examined the ambiguous nonprofit status of some hospitals and insurers. How often do these IRS designations amount to “legal fictions”? Are nonprofit health insurers (or, rather, their policyholders) required to be charitable even though they are not public charities? As well as being a nonprofit entity under section 501(m) of the Internal Revenue Code—most tax exempt entities, including charities, are covered in section 501(c)—Horizon is also a tax-paying health service corporation once known (until its restructuring in 1992) as the “insurer of last resort” for the poor. According to its website, Horizon paid about $515 million in federal and state taxes and insurance assessments in 2015. Horizon has looked at converting to a for-profit company several times through the years. The governor’s threat may reinvigorate that proposal.

Horizon and other healthcare “nonprofits” are easy to criticize, but it’s more lack of bed space than lack of money that’s the primary barrier to treatment for the addicted. To meet the rising need of delivering vital services to opioid addicts, we’ll need many treatment providers and other stakeholders.

Chris Christie concludes his second and final term on January 16, 2018. In January 2017, a Quinnipiac poll found that Christie has a 78 percent disapproval rating, one of the lowest approval ratings for a state governor in nearly 20 years. Is an unpopular governor’s attempt to raid Horizon policyholder premiums a reckless proposal that undermines the integrity of the insurance market, or is it a valid challenge to insurers’ warehousing of cash that could be used to meet urgent needs? Is a governor known for his aggressive behavior the right leader to help bring good government and fiscal responsibility to combat the opioid epidemic?—James Schaffer