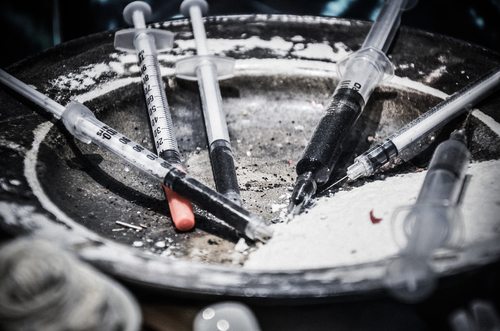 For many of us who lived through past epidemics of serious drug use, the recent revival of heroin use is kind of shocking. Wasn’t heroin something of the past? Hadn’t our society gotten past this scourge? Recently, NBC News ran a three-part series on the heroin epidemic, highlighting the story of brothers Ben and Ryan, who became hooked on heroin in their twenties. Their mother sent them to separate drug rehab facilities in Florida, followed by halfway houses, but the two returned to their home in the St. Louis, Missouri area and returned to heroin. The younger brother was able to get into a program with access to a methadone-like substance called Suboxone, paid for by his father’s medical insurance, but the older brother was too old to be covered in the policy and couldn’t afford the Suboxone cost.

“Insurance companies need to understand that this is a disease,” said Patty DiRenzo, the mother of 26-year-old Salvatore Marchese, who died of a heroin overdose 17 days after he was released from an in-patient treatment facility. “Heroin is life-threatening, I don’t care what they say. Because we’re losing kids every day from it.”

But what if the treatment is insufficient, as in the case of Marchese, or worse, if insurance companies won’t pay for adequate treatment, as Anthony Rizzuto of Long Island’s Seafield Center suggests sometimes happens? According to AP, “Because withdrawal is not directly deadly, most insurance companies won’t pay for inpatient heroin detoxification or rehab…They either claim that the addict does not meet the ‘criteria for medical necessity’—that inpatient care would be an inappropriate treatment—or require that the user first try outpatient rehab and ‘fail’ before he or she can be considered for inpatient.”

AP reports that there are about 12,000 addiction treatment programs around the country—about 10 percent residential, 10 percent methadone clinics, and 80 percent outpatient. Two-thirds are run by nonprofits, funded largely by government grants. As funding has been shrinking, waiting lists for treatment grow longer. One example is Sojourner Recovery Services in Hamilton, Ohio, which has a six-month waiting list for beds for men.

The Affordable Care Act will expand coverage for the underinsured and uninsured and begin getting insurers to treat substance addiction as a disease that warrants coverage. “There is no illness that will be more favorably affected [by the Affordable Care Act] than substance abuse,” said A. Thomas McLellan, chief executive officer of Treatment Research Institute in Philadelphia. “This is the beginning of substance abuse disorders being part of mainstream health care.”

However, there are plenty of obstacles in turning that commitment toward coverage into a reality for persons addicted to heroin and other serious drugs. One finds a shortage of treatment facilities, restrictions in Medicaid policies regarding billing for treatment (limiting Medicaid billing to facilities with no more than 16 beds), reluctant insurance companies that didn’t cover treatment previously, and what are likely to be lingering differences among the states concerning attention and oversight to treatment and coverage for addiction. The waiting list for treatment is 500 in Vermont, which will take months at a minimum to cover; the waiting list in northern Kentucky for beds is six months, and Rolling Stone reports similar waits in Ohio, New Jersey, and Delaware.

To protect people in the situations of Ben, Ryan, Salvatore, and other victims of heroin abuse, the nation needs to repair a system of broken coverage and a shortage of treatment facilities. Nonprofit service providers will be front and center in the solutions.—Rick Cohen