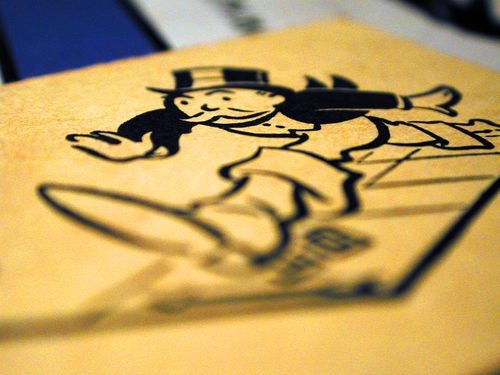 It’s rare to read that an insurance company has insufficient bargaining power when setting reimbursement rates, but that is what can happen when large hospitals merge, as Massachusetts General and Brigham and Women’s did in 1994. State investigations concluded that the merged entity, Partners HealthCare, managed to strong-arm Tufts Health Insurance into increased payments. Tufts attempted to resist, but pressure from its health insurance customers forced it to accept terms favorable to Partners Health.

With that experience, Massachusetts state officials are nervous about Partners Health’s current plans to acquire a community hospital and its associated physician practice. Reduced competition in the affected communities is estimated to cost about $25 million a year in increased hospital charges, according to the state’s Health Policy Commission. This finding is consistent with a Robert Wood Johnson Foundation study reported on by NPQ. The increased hospital charges would presumably be recovered by insurers through increased premiums charged to employers, individuals, and governments (by subsidizing insurance payments made on behalf of eligible covered individuals).

To reduce the effects of the merger while allowing it to proceed, a proposed negotiated settlement with the Massachusetts Attorney General would “allow Partners acquire two more community hospitals in addition to South Shore, in exchange for temporary restrictions on raising its prices and on further expansion. There would be limits, for example, on the number of community physicians it could add to its networks over the next five years and cost increases would be held to the rate of general inflation, which is typically less than medical inflation, for 10 years.”

As NPQ has reported, there is a tension between the goals and methodology of the Affordable Care Act (ACA, or Obamacare) and the governmental mission over the last century to promote consumer choice and avoid the excesses of monopolies in the marketplace. The ACA’s goal to reduce healthcare costs by rewarding providers for wellness promotion for a group of patients is aided by the development of large, integrated healthcare delivery systems that can be the “medical home” for the group. The medical home can act as a “one-stop shop” that coordinates, manages, and evaluates all care for each patient in the group with the twin goals of reducing costs and improving a patient’s overall health.

The challenge with such a one-stop shop is that without competition, it can control prices, services, and even evaluation of quality and effectiveness. The patient’s choices are reduced or eliminated because most providers are contracted to a single healthcare system and a patient’s desire to use services in a system other than their medical home becomes geographically difficult and financially more expensive. For insurers, the problem is twofold. First is the Tufts problem: The system controls so many patients that serving the patients means the insurer ends up serving the hospital system. The second problem is that many healthcare systems have developed their own insurance products that compete directly with other insurance companies.

The Federal Trade Commission (FTC) has intervened to stop selected hospital mergers in recent years, seemingly in contradiction to the stated goals of healthcare reform under the ACA. NPQ reported on one hospital merger that was invalidated by the U.S. Supreme Court, supporting the FTC. However, the merger had already occurred and could not be easily unwound, despite the Court’s order that it happen. According to the Times editorial, the FTC is skeptical about the effectiveness of settlements like the one proposed in Massachusetts, since the settlement terms, restrictions, and consumer protections are usually time-limited. States and the federal government occasionally object to hospital mergers and acquisitions, but it is estimated that the FTC intervenes in only about four percent of healthcare mergers. Most mergers occur with little or no antitrust review.

The Times admits that rolling back the 20-year old merger of Massachusetts general and Brigham and Women’s is impractical at best. The concern expressed about the financial effects of continuing healthcare mergers and acquisitions is legitimate, but significant changes would affect the implementation of the ACA. In a climate of evolving healthcare regulation as the ACA is implemented, the suggestion in the editorial that more regulation is the path to additional protections will make many consumers and healthcare professionals nervous.—Michael Wyland