House Oversight Hearings on Nonprofits: What to Expect? 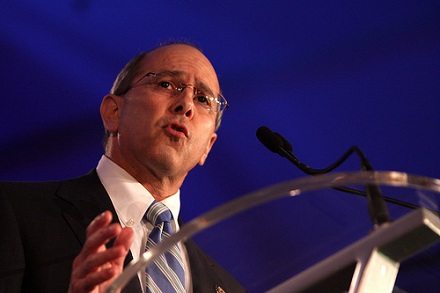 The House of Representatives Ways and Means Committee has announced plans to hold a series of hearings on the tax-exempt sector and IRS oversight of tax-exempt activities, the first to be held this week on May 16th. Leading the hearings will be Rep. Charles W. Boustany, Jr. (R-La.), who is chairman of the Subcommittee on Oversight. We’re been waiting for days to see a list of witnesses, but it seems Boustany hasn’t publicly revealed who will and won’t be invited to sit at the table yet.

The Oversight hearings come after a letter Boustany wrote to the IRS in October asking for an overall update on the tax-exempt sector, with specific attention to “a number of issues related to corporate governance and compliance…information related to new reporting requirements for tax-exempt hospitals, and…an update on the ongoing Colleges and University Compliance Project that was launched in 2008.”

Boustany set the hearing in the broader context of gathering information in preparation for “the Committee’s effort toward comprehensive tax reform.” He also added that “the goal is…to ensure that the tax-exempt sector is operating in an efficient manner and that the laws governing tax-exempt organizations are being applied fairly and evenly.”

Like doing interpretation of artifacts of ancient Roman archives, we can look at the brief Boustany explanations and discern some underlying issues:

First, there’s no question that he and his Republican colleagues will be taking aim at the Internal Revenue Service. The language about the laws being applied fairly and evenly reflects the Tea Party trope that IRS requests for additional information on their 501(c)(4) applications had been politically punitive and biased, even though some Tea Party organizations, such as the one in Dayton, Ohio, couldn’t actually show evidence of what was so inappropriate about the IRS inquiries. Nonetheless, the IRS is never a popular entity for anti-tax Republicans, so expect the IRS to be on the witness stand and to take something of a shelling.

One might also guess that there could be a feint toward health care reform in this discussion, since the IRS is charged with significant monitoring and oversight responsibilities in President Obama’s health care reform regime. Critics might want to “prove” IRS bias plus, or, perhaps, point to IRS challenges in keeping up with the monitoring of 501(c) organizations to suggest that the Service is not properly equipped for its job in health care reform.

Second, the congressman singles out both hospitals and colleges/universities. Are the hearings partly to convey concerns from these entities about their feeling under the gun to demonstrate their 501(c)(3) bona fides? Such speculation stems, in part, from hospitals struggling with pre-reform charity care responsibilities and universities trying to explain tuitions, fees, and room and board expenses that, for 19 of them, add up to more than $55,000. On the other hand, could it be that Boustany is joining the side of critics who might feel that these large institutional players aren’t quite demonstrating the DNA of public charities? One way of the other, hospitals and universities will be taking center stage at some time in these hearings. Remember that Boustany is one of the House members who can put the initials “M.D.” after his name.

Third, there is the looming question of comprehensive tax reform. We all know that this is a non-starter at the moment. This is election season, so if Boustany and the Democrats cross swords on this issue during this or future hearings, the outcome is unlikely to be bipartisan comity. Neither side is going to give President Obama’s off-again, on-again proposal to cap charitable deductions for the wealthy any room to move, and other feints toward tax reform will allow both sides to batter each other over elements of the Ryan tax plan, which is unlikely to be a productive discussion.

Will someone—anyone—update Boustany on the realities of the contemporary nonprofit sector? His announcement of the hearing used 2008 data on the nonprofit sector, counting 1.85 million tax-exempt organizations and 1.18 million 501(c)(3)s. Don’t you think that Boustany could have gotten the IRS to give the subcommittee updated numbers on the sector his committee is supposedly concerned about? Or maybe his staff might have checked the Urban Institute’s National Center for Charitable Statistics? Or maybe they could have called the National Council of Nonprofits? Or Independent Sector? Is Boustany’s reliance on old and easily updatable numbers simply an oversight, or does it indicate that something is a little odd about his intended questions?

Send us what you think Boustany should ask about—and what you would tell him in response to his statement of the subcommittee’s hearing focus.—Rick Cohen