How Government Should Help Philanthropy: The Council on Foundations Perspective 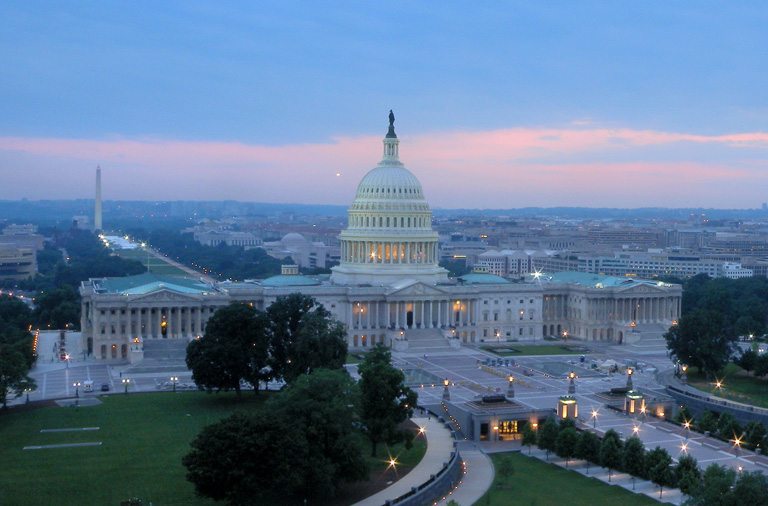 The Council on Foundations (COF) hasn’t had a permanent CEO since former Rep. Steve Gunderson (R-Wisc.) resigned last September, but that doesn’t mean the foundation sector’s top trade association has been drifting on its message. In a conversation with the Cohen Report, COF Vice President for Legal and Government Relations Andrew Schulz laid out what is—and isn’t—on the public policy agenda of the Council as the grantmakers gear up for the annual “Foundations on the Hill” day in late March.

At the time of our conversation, Schulz said he was “thrilled about a change in the White House about the charitable deduction,” last year’s galvanizing issue for the nonprofit sector’s leadership organizations. He didn’t know, nor did we, that the president’s FY2012 budget would revive his previously-rejected proposal for capping itemized deductions at the 28 percent tax rate.

Although Schulz and his colleagues see the proposed cap as “bad tax policy,” he doesn’t see the debate about the cap as a bad thing. Instead, he suggested that it engendered an “underlying healthy discussion [about] what the government’s role should be in incentivizing charitable giving and in exchange what are our charitable obligations.”

Schulz believes that the COF has not been adequately communicating with legislators, and as a result, they may not have a true understanding of foundations’ economic value.

In past years, some foundations were well known on Capitol Hill for blunderbuss condescension toward legislators, a collective political tin ear that undermined even the best of legislative proposals the foundations might have pitched. It may be that having former Republican Congressman Gunderson at the trade association’s helm started an educational process of teaching some unelected foundation presidents the perquisites of respect for members of Congress who hold office because they were elected by their communities.

In any case, realizing that this lack of knowledge and some skepticism about philanthropy exists among legislators, Schulz has begun to shift the Council’s approach to Congress, from presenting one-sided issue papers to position papers that show not only the council’s position but also what “detractors” say in opposition.

And unsurprisingly, COF is largely focused on tax proposals this year. The proposal to flatten the private foundation excise tax, currently a confusing two-tiered tax that most foundation and nonprofit policy people think should be simplified to something in the one percent range, not only gets endorsed broadly within the nonprofit sector, but usually in the federal budget proposals of successive presidents.

Nonetheless, the political reality for both the excise tax and perhaps the charitable giving cap is that they need a legislative vehicle: a tax bill. Schulz is also leading the Council’s lobbying into finding legislative or regulatory fixes for problems or glitches in grantmaking. Noting that the Department of Treasury’s study of donor-advised funds (DAFs), mandated by the Pension Protection Act of 2006, came out generally positive, the Council is going to be working on fixing some problem areas not just for private foundations, but for DAF-dependent community foundations.

2014 will be the centennial year of community foundations—the first community foundation having been the Cleveland Foundation. Schultz hopes that a theme of the centennial will be to “create a hundred more years of community philanthropy,” with a significant emphasis on streamlining the process of Program Related Investments (PRIs), the use of foundation capital for below market interest loans, loan guarantees, and other non-grant investments to support community projects. Much of the nonprofit sector has called on foundations to deliver its five percent in charitable expenditures (some of us believe it should be a minimum of five percent or even higher), but to also think about foundations investment capital for PRIs and even for market return-oriented mission-related investments (MRIs).

This is where the foundation position gets complex for the nonprofit sector. There has been an active movement of low-profit, limited liability corporations (L3Cs) eager to tap into foundation PRIs for their programs and projects that ostensibly benefit communities much like nonprofit projects do. Schulz says that the Council has “never pushed L3Cs, [but] we’re about PRIs in general.” The “way things are developing on the street,” in terms of advances in the variety of co-investment opportunities between nonprofit and for-profit investors and “more and more corporations taking the double line approach,” Schulz says, “makes the clarification and modernization [of the IRS rules on PRIs] so critical.” The difference between the IRS guidance and the actuality of social investment is a “gaping hole,” he argues.

In a way, he is arguing for the foundation world and the IRS to catch up with the social sector as it explores nonprofit investments, L3Cs, and other kinds of hybrids. How would Schulz allay the concerns of nonprofits that the L3C phenomenon is little more than a for-profit attempt to hone in on foundation PRIs? He says that the “PRI rules will always absolutely mandate that the PRI serves a charitable purpose that justifies the charitable investment, [and that] the public purpose has to be commensurate with the size of the charitable investment.” Presumably, the Council will stand up for the charitable purpose undergirding PRIs, especially if the crowd of free market legislators who have little appreciation for—or allegiance to—the nonprofit sector tries to shift philanthropy toward making its capital available for business in general. Nonetheless, the movement in PRIs and the openness in the foundation world is to provide more guidance on what a good PRI looks like, but for PRIs that may be without the safety net of public operating charity involvement.

What a good PRI—that doesn’t rely on an expensive inside game of getting an IRS letter—might look like would perhaps be easier if the IRS were somewhat more functional, but the sad reality is that it isn’t. The tax-exempt division of the Service has historically been underfunded, and IRS challenges may be getting worse, especially with the obligations the agency will have with implementing national health insurance reform. “There’s a capacity issue there,” Schulz says. “We’ve had enough trouble just getting congressionally mandated studies out of IRS.” The Council’s legislative agenda appears consistent with the rhetoric of the primary campaign of both parties and the operational challenges of the IRS, emphasizing “a tax code that is fair and understandable without loopholes,” as Schulz puts it, and a legislative strategy that reduces the need for nonprofits, foundations, and perhaps socially minded for-profit investors to make heroic efforts to get things done.

Schulz shied away from taking the Council into a dive into domestic spending programs on the national agenda. While articulately speaking up for the need for more rural philanthropic investment, he referenced the need for capacity-building for rural community endowment-building; Schulz said that community foundations serve 85 percent of the U.S. population, but the 15 percent outside of community foundation service areas are all in rural communities. Schulz spoke favorably about tax incentives that would “jump start” the process of building rural community funds, but that is not one of the elements of the Council’s legislative agenda. The same goes for the Council’s long interest in job creation and workforce development. The Council encourages foundations to build partnerships with the federal agencies in charge—Agriculture, Labor, Commerce—but sees itself as facilitating partnership-building rather than advocating a more specific domestic policy platform.

Capitol Hill is in a legislative gridlock that has made philanthropic issues as slow-moving as the president’s job agenda, but Schulz sees philanthropy as an opportunity for legislators—and foundations—of “varying ideological perspectives to all come together for a common agenda.” He cites a bipartisan array of congressional supporters of the various legislative efforts the Council has promoted, including Sen. Chuck Schumer (D-N.Y.), Rep. Dave Camp (R-Mich.), Rep. Danny Davis (R-Ill.), Rep. Wally Herger (R-Calif.), Sen. Olympia Snowe (R-Maine), Sen. John Thune (R-S.D.), Sen. Orrin Hatch (R-Utah), and Sen. Richard Burr (R-S.D.), among others. Is the philanthropic agenda something that rises above the political stridency that characterizes today’s Congress?

With their legislative agenda and upcoming Foundations on the Hill day, Schulz and the Council on Foundations are tilling the ground of Congress to prepare for another hundred years of community philanthropy. Perhaps nonprofits should be aiming toward the centennial for a new sector-wide strategy of advocacy for more responsive, more engaged, more transparent, and more accountable philanthropy overall from community foundations and private foundations alike.