How to Do Disaster Relief Right 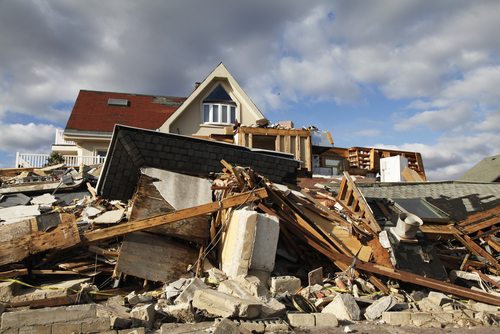 The debate over the size and content of the legislation providing relief for residents of New York and New Jersey whose homes and communities were devastated by Superstorm Sandy raises questions beyond why some feckless Republican members of Congress voted to deny this region the kind of relief that the U.S. government has previously provided (in a much faster way) to other regions hit by natural disasters. How does one do disaster relief properly? This is an area where nonprofits can teach legislators what works and what isn’t all that helpful.

A very good teacher is Juanita Rilling, the executive director of the Center for International Disaster Information (CIDI), which works to educate the public, nonprofits, and government agencies about the best ways to provide international disaster relief. Because it isn’t a disaster relief organization itself, it isn’t pitching for this or that kind of disaster aid, but simply for smarter disaster relief in general. Rilling spoke to the Nonprofit Quarterly shortly after Superstorm Sandy struck.

Readers may remember the impromptu pre-election disaster relief effort organized by the campaign of former Massachusetts Gov. Mitt Romney during a stop in Dayton, Ohio. Romney and his aides collected and stacked canned foods, granola bars, diapers, and other items for shipment to New Jersey. Some of the items were reportedly purchased with campaign funds so that the relief rally wouldn’t look barren. Who asked for the goods, who would be receiving them, and when would they get there? All of that was left unexplained. In the midst of the rally, reporters noted that the Obama campaign released a note that suggested donors help people in New York and New Jersey with cash donations to relief agencies.

Rilling would clearly agree with the president’s advice, but she notes that it’s not that simple. There are three kinds of disaster relief donations, Rilling says. Cash donations are generally regarded as the most effective. Second, there are real in-kind donations that are “the fruit of an agreement between a business or supplier and a charitable organization, such as between Home Depot and Habitat for Humanity [for] supplies that supplement relief operations in the field,” Rilling says. Third, there are unsolicited non-cash donations that are not invited and, as a result, are often counterproductive.

The problem is that people like those who attended the Romney rally often like to give in a person-to-person mode. If people are hungry, the impetus is to give them food, not cash and many are not inclined to give cash through an intermediary organization that they have to trust will deliver and use the money in the right way. “People still prefer to give material donations,” Rilling says, “because that’s in their comfort zone,” even if material donations may not be productive or appropriate.

Making the situation more difficult are messages on the Internet and elsewhere in which people put out appeals for material goods such as used clothing that aren’t tethered to a relief organization. In response to needs after the earthquakes in Haiti and Japan, people banded together with a desire to help, but in some cases, they banded together without a connection to organizations on the ground that might have requested material help.

Can’t the material goods be used regardless of whether they were requested? Rilling tells stories of material goods that are sent to a city or a country or even to a specific organization, but without a need and plan for their use, they just sit there. She tells of donors who respond to needs that they see and understand without appreciating different cultures, such as sending shoes to areas where people just don’t wear shoes.

When these unsolicited material donations show up, Rilling says that they may divert relief workers’ time and attention away from immediate relief efforts and they may compete for storage space. “Space is among the most valuable things in a relief organization,” she notes. “Places to stage and deliver relief supplies are often compromised by the disaster and the weather…[but] when unsolicited supplies arrive, they compete for space.” How could such unsolicited donations actually be counterproductive? Because space is so valuable in disaster relief operations, when the material goods are not useful in life-saving emergencies or for assistance to displaced families, the supplies get disposed of, often at the host country’s expense.

How do you educate people about better value and much better utility of cash donations than material donations? It comes down to education. As a businessman familiar with the comparative cost question, perhaps Romney should have known better, but others do not necessarily think about the fact that the transportation costs associated with sending canned goods and bags of Pampers to New Jersey would demonstrate that it’s much more effective to simply send money instead. According to Rilling, because transportation is expensive, “good banks in the [disaster] area can purchase much more for pennies on the dollar than anyone could send on their own.”

She presents an example from the world of international disaster relief concerning the need for potable water after disasters: “100,000 liters of clean water hydrate 40,000 people for a day.  That amount of water purchased in-country costs about $500. The same amount of water purchased in the U.S. costs about $50,000. But here’s the kicker: transportation expenses, customs fees and delivery charges add between $150,000 and $700,000 to the cost of sending potable water that can be purchased near the disaster site for $500.” The same principle undoubtedly applies to shipped donations of clothing and canned foodstuffs.

CIDI is working with the Ad Council to educate people about the problems of unsolicited donations in international disaster relief and in domestic situations, encouraging people to give responsibly. The CIDI/Ad Council campaign comes with the tagline, “Help where it’s needed most.” Rilling adds that cash donations are best for donors, they take no time, they leave no carbon footprint (like plastic bottles, for example), they don’t cause cultural insensitivities, and they “are used by relief organizations to purchase supplies in the area surrounding the disaster site…[which] strengthens local economies…[and] makes the rebound occur more robustly.”

She underscores the point that unsolicited material gifts are often not useful, but legitimate gifts-in-kind are helpful where there is a supplier that has exactly what the relief organization needs and can deliver it in a timely and useful fashion. The CIDI guidelines on disaster relief giving are clear and compelling:

The education that Rilling and CIDI offer is pretty much just common sense. Fortunately, members of Congress eventually adopted some of that common sense and voted to approve the second phase of Superstorm Sandy disaster relief, adding another $50.7 billion or so to the $9.7 billion that the House approved in early January. However, an astounding 180 members of the House—all Republicans except one Democrat—voted in opposition. A common complaint about the Sandy relief bill was the inclusion of “pork,” but at least some of that charge might be a matter of misunderstanding. That is, members of Congress representing districts far removed from the East Coast might not think that elements of the aid package, such as $10.4 billion in transit funding, are connected to Sandy relief, but to those in New York and New Jersey, where 40 percent of the nation’s public transportation riders live, it makes complete sense and is entirely justifiable.

In any case, no one need think that Gov. Andrew Cuomo (D-N.Y.) and Gov. Chris Christie (R-N.J.) are chortling about how they snookered billions out of the federal treasury. Rather, they are dealing with immense and, for these states, somewhat surprising disaster impacts. Plus, they have been doing so even as Congress has acted on a much slower timetable than it did in response to Hurricane Katrina and Hurricane Rita.

Applying Rilling’s message to the Sandy situation, what matters isn’t what legislators in other parts of the nation think makes sense, but what the disaster relief people on the ground in New York and New Jersey see as the needs and how best to respond. Hopefully, the next time around, Congress will move with a bit more alacrity than it did in responding to Superstorm Sandy. In a modification of Rilling’s advice to donors, Christie, Cuomo and future governors in disaster-struck areas might give Congress this message: send the money, make it fast, and get out of the way. On the ground in the disaster areas that Rilling knows so well and in the halls of the Capitol, disaster relief common sense might go a long way.