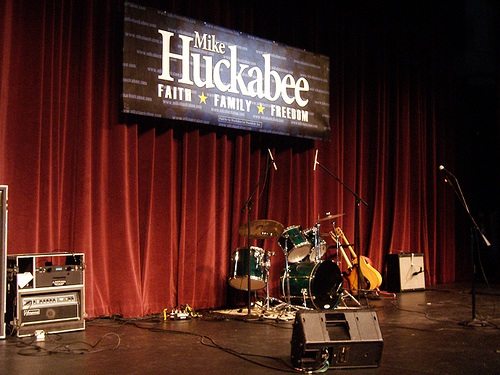 Over 1,000 ministers in all 50 states took part in a program called “Pulpit Freedom Sunday” on June 9th. Churches around the nation protested the willingness of the IRS to prevent churches from engaging in partisan political activity. The message of Freedom Sunday, though, is a little unclear. The law being challenged, and particularly the 1954 “Johnson Amendment” (sponsored by then-Senator Lyndon Baines Johnson), prohibits churches—all 501(c)3 charities, actually—from activities wherein they would “participate in, or intervene in (including the publishing or distributing of statements), any political campaign on behalf of—or in opposition to—any candidate for public office.”

The groups promoting Freedom Sunday, however, are suggesting that the tax code restricts the First Amendment rights of churches to speak out on issues like their opposition to same-sex marriage. There is no such restriction. Church leaders can be as opposed to, and do as much speaking out against, same-sex marriage and LGBT rights in general as they want. They simply can’t say “we oppose same-sex marriage and also President Obama for supporting it” or “we oppose it, and you should oppose President Obama, too.” But that message is what Freedom Sunday advocates have insinuated is the result of the tax law.

Now here comes Fox News commentator, former Arkansas governor, and ordained Baptist minister Mike Huckabee, suggesting that the tax-exempt status of churches makes them subject to what the government tells them to say or not say. Although that isn’t true, the meme that government can dictate church content is powerful for Huckabee.

Huckabee’s solution is one we have suggested for groups that want to engage in partisan politics: If they want to be political, they should give up their tax-exempt status. “Keep your deductions. Keep the exemptions,” Huckabee says churches should say to the IRS. “We stand more faithful with what God would have us to say, and we choose our freedom more than our financial benefit.”

In a way, Huckabee even questions the charitable deduction as it applies to churches. “I have never given a dime to God that I gave solely because it was a tax decision,” Huckabee is quoted as saying to the annual conference of the Southern Baptist Convention. “And if you’ve got people in your church who are giving because it’s a tax decision, then they ought to keep their money. They need it more than God does.”

This has always been the fuzzy line between church and state. Churches don’t want to suffer government interference, and government wants to protect the line between church and state, but the churches prize having donors treat donations to them as the equivalent to donations for 501(c)(3) public charities. While Huckabee seems a little off-base in thinking that government is telling churches what to say, abrogating their First Amendment free speech rights, he implicitly makes a point about churches rejecting government with one hand while grasping the government-provided charitable deduction with the other. In his own way, Huckabee may be calling for a needed reconsideration or revival of the rules that separate church and state.—Rick Cohen