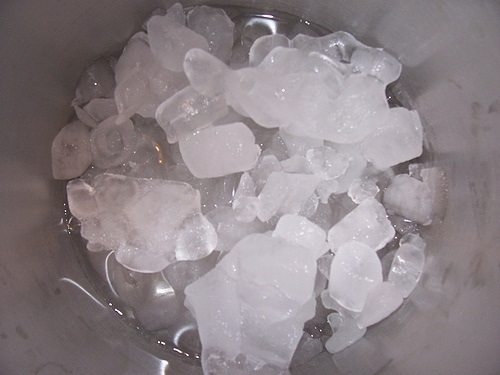 It’s simple: A friend posts a video, explaining they are raising awareness for ALS and then dumps a bucket full of cold ice on their head. During the video, the individual performing the ice bucket challenge must then call out three friends and then those mentioned friends have 24 hours to take on their challenge and then continue to spread the challenge to three of their friends.

Often referred to as Lou Gehrig’s Disease, ALS is a serious condition that affects over 12,000 people – causing muscle spasms, loss in muscle mass, difficulty speaking and breathing, and paralysis. So is this social media craze too disconnected from the meaning or cause of treating ALS? There are certainly critics of the trend who believe “a lot of the participants are probably spending more money on bagged ice than on ALS research,” but apparently the goofy stunt has caught on like wildfire and has increased donations to the ALS Association by 1,000%, raising a total of $4 million since July 29. During the same time period last year, the association had raised $1.1 million.

Celebrities have even joined in on the challenge; Matt Lauer, Martha Stewart, Mark Zuckerberg, and even politicians such as Chris Christie and Boston’s Mayor Marty Walsh have taken on the task of dumping ice on your head for charity. Ethel Kennedy even challenged President Barack Obama to participate, but the president has opted to donate directly to charity instead.

Mashable and the Boston Globe have both stated the nonprofit ALS Association credits the idea to Pete Frates, a former Boston College baseball player diagnosed with ALS in 2012. But Slate states the idea originated from a dare that was circulating among a group of pro athletes before Frates took on the challenge, and those who declined had to donate $100 to charity of the challenger’s choice.

Although this charity challenge’s message may have gotten muddled through social media channels and wasn’t a genius marketing campaign organized by the ALS Association, there are lessons to take away from this trend for giving and social media campaigns: