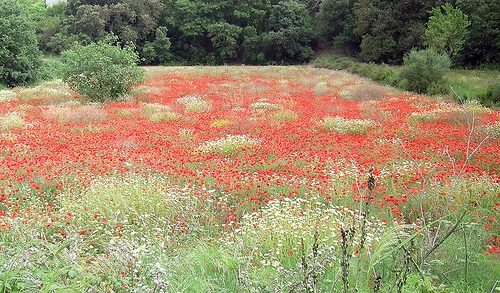 Pursuant to the president’s order of last week, the Acting Inspector General of the Department of Veterans Affairs issued an interim report on his findings about the waitlists and deaths reported to have occurred at the VA hospital in Phoenix (the Phoenix Health Care System). The report is blistering:

As scathing as those findings are, the Acting IG pointed out that while evidence of inappropriate scheduling practices in the VA was “systemic,” some specific instances may have been corrected by VA managers. In addition, the report did not specifically attribute any deterioration in patients’ medical conditions or any deaths to the reported delay because more information would be needed from a review of medical records.

Here, however, is the most damaging statement in the entire report:

“The issues identified in current allegations are not new. Since 2005, the VA Office of Inspector General (OIG) has issued 18 reports that identified, at both the national and local levels, deficiencies in scheduling resulting in lengthy waiting times and the negative impact on patient care.”

This interim report notes that the previous 18 reports from the OIG alone, not counting additional reports such as a major analysis last year from the General Accounting Office confirming the OIG findings, were given to the Secretary of the VA and to Congress. The inaction of the executive and legislative branches of the federal government in response to report after report after report is truly inexcusable, especially given the rhetoric from politicians of all stripes about appreciating and honoring U.S. military veterans.

Some people will use this report, along with the avoidance by the White House and the VA leadership of speaking out on this issue until just this month, to slam the entire VA bureaucracy. That would be all too typical for political debate in this nation—and all too clearly wrongheaded. Despite dunderheaded VA leadership and managers, there are tens of thousands of VA personnel who are as dedicated as anyone in the nation regarding the needs of returning veterans. Whacking those people because of the managerial incompetence of some VA managers and higher-ups would be a disservice to the demonstrated commitment of the vast majority of VA staff to public service on behalf of veterans.

Some other people, more understandably, might see this report as a widening of the door through which General Eric Shinseki, the VA Secretary, will find himself booted sooner or later. But these practices have been investigated and documented for nearly a decade without corrective action and thereby allowed to fester and metastasize, which suggests that kicking out Shinseki, deservedly or not, won’t in and of itself correct the problem nor absolve other political leaders who are guilty of grossly inadequate oversight and management.

Will the final report of the Acting OIG of the VA merely become the nineteenth OIG report to reach the VA and Congress without necessary action? Or will it spur the executive and legislative branches this time around to fix the dysfunctional parts of the VA system, remove the cobwebs from the VA bureaucracy, and add a much-needed dose of competent, accountable management that is prepared to take action when the VA system runs off the rails?—Rick Cohen