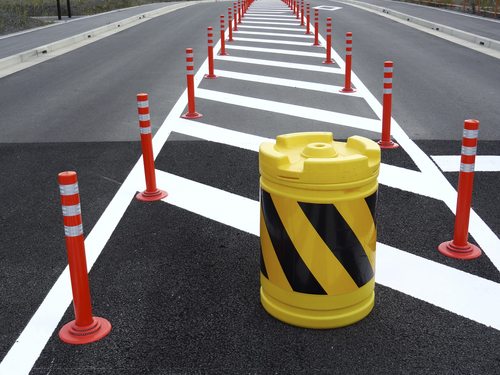 Last week, the Portland City Council repealed the 39-foot protest-free buffer zone around the entrance to the Planned Parenthood clinic. The zone had only been in place since November, as it was the result of complaints by the clinic and its patients.

Only two anti-abortion protesters invaded that space, however, with the rest continuing to observe the buffer. Leslie Sneddon of Richmond, holding her sign, was one of two protesters who showed up on the same side of the street as the entrance while another dozen stayed across the street.

For those wishing to use the services, pro-choice protestors, escorts for the women entering, and a police officer also showed up. There was no shouting or aggressiveness exhibited toward the women entering the clinic, but Nicole Clegg, director of public affairs for Planned Parenthood of Northern New England, said no one should count on that remaining the case. “Don’t draw any conclusions based on what happened [Friday],” Clegg said.

Planned Parenthood says it will work with the City Council to develop an alternative to the buffer. Madison, Wisconsin and Burlington, Vermont also repealed or suspended their protest-free buffer zones after the Supreme Court ruling. In each place, legal challenges had been making their ways through lower courts when the Supreme Court decision was made.—Ruth McCambridge