In the Super Bowl of Lobbying, the NFL Plays to Win 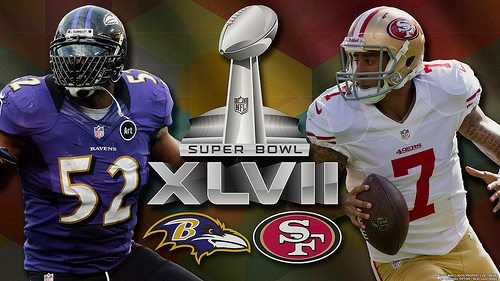 In the Super Bowl of tax-exempt groups engaged in lobbying, the National Football League is playing to win. Citizens for Responsibility and Ethics in Washington (CREW) just issued a report, “Defensive Game,” detailing the upward trend in the NFL’s expenditures on lobbying and other forms of political influence. The 501(c)(6) NFL spent $1.14 million on lobbying in 2012 and through its political action committee, Gridiron-PAC (founded only in 2008), it gave more than $650,000 to candidates and federal parties in the 2010 electoral cycle and $838,000 in the 2012 cycle. These figures don’t include the individual political donations of highly paid NFL executives such as Roger Goodell.

In an op-ed in The Hill, CREW’s executive director, Melanie Sloan, details some of the reasons that might have the NFL spending such big sums in the political arena, including potential congressional hearings on the possible use of performance-enhancing drugs among NFL players. The League has already been fending off congressional concerns about the numbers of players suffering from concussions and other brain-related traumas as a result of their football careers; there are now more than 4,000 concussion-related lawsuits by former players, including members of the NFL Hall of Fame. The suspensions of coaches for the New Orleans Saints for allegedly offering financial incentives to players to injure their opponents—the so-called “bountygate” scandal—adds to the NFL’s feelings of vulnerability.

But such vulnerability may be assuaged by contributions to politicians such as Rep. Fred Upton (R-Mich.), the largest beneficiary of NFL campaign contributions, who chairs the committee with jurisdiction over NFL issues. Second to Upton was Rep. Lamar Smith (R-Texas), who chairs the House Judiciary Committee that held a 2009 hearing on head injuries in the NFL. The NFL’s bipartisanship showed through with big donations to Rep. Debbie Wasserman Schulz (D-Fla.) and former House Speaker Rep. Nancy Pelosi (D-Calif.).

As scary as the liability issues surrounding players’ lawsuits might be for the NFL, it could be facing serious financial issues if members of Congress were to pursue the notion, suggested by some, that it might be time to reconsider the NFL’s anti-trust exemption. That’s the basis of the $9 billion that estimates suggest the NFL gets in annual revenues. But even current players are questioning whether the NFL money-machine should or will survive. Playing in the Super Bowl, Baltimore Ravens safety Bernard Pollard suggested that at some point, no matter what protections the NFL legislates for current players, there will come a time when a player dies on the field. He predicts that the NFL might not even exist in 30 years. Self-described “big football fan” President Barack Obama told The New Republic, “If I had a son, I’d have to think long and hard before I let him play football,” echoing a similar feeling from the father of one of the game’s best-known stars, New England Patriots quarterback Tom Brady.

Again, the NFL is a 501(c)(6) business association, not a 501(c)(3) public charity. Presumably, it doesn’t think in charitable terms, even though it does give out grants to nonprofits directly and through NFL Charities. But to have thousands of former players suing the League for its alleged lack of concern for their well-being against accumulating evidence of the physical impact of repeated head traumas is quite a statement. The players in the NFL are bigger, stronger, and faster—and even without bountygate incentives, they are able to inflict permanent damage on each other. When the NFL’s internal constituency, represented by a cross-section of its best players over the years, charges that the League didn’t bother to take care of them as it should have, it is worth noticing. This is about NFL players saying that they have suffered permanent, disabling injuries and players’ families saying that they have lost their loved ones due to injuries sustained during the deceased’s playing days.

As it always does during the Super Bowl, the NFL will publicize some special charitable activities, some specifically targeted to the Super Bowl host community of New Orleans. For its survival, the NFL might have to do much more than increase its charitable giving and pay reparations and compensation to those who have been harmed by the League’s celebrated violence. Million dollar lobbying expenditures and concomitant PAC campaign donations may yield the NFL a temporary get-out-of-jail-free card, but the drumbeat suggests that Congress is moving inexorably toward a serious questioning of the League, including its tax status.—Rick Cohen