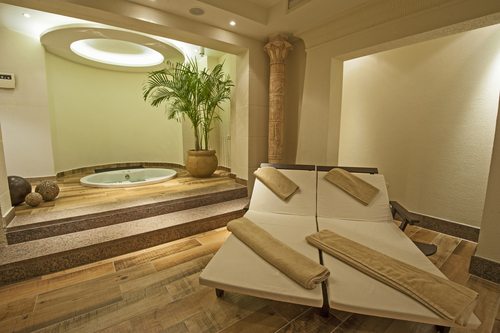 Presumably, there is no substantial difference in Kansas between YMCAs and the Wichita-based Genesis Health Clubs, except that the Genesis chain is for-profit, owned by one Rodney Steven II. The Kansas Senate thinks that the two might be pretty comparable, other than their federal tax status, and has approved a bill, strongly supported by Steven, to exempt private for-profit health clubs from property taxes.

For those of us who choose a membership in the YMCA over a private health club, it is kind of breathtaking to read about the decision of the Kansas Senate. For example, this writer is a longtime member of the National Capital YMCA in Washington, D.C. Yes, the Y has a good gym and some great trainers. It also teaches kids to swim (my daughter is one of the instructors); it runs a summer day camp for local kids, many of them inner city kids (my daughter has been a regular camp staff person in past years); and it runs services like a youth and government program (for young people to learn about how the D.C. government operates), a diabetes prevention program, a program for combatting childhood obesity, special wellness and socialization programs for seniors, and workshops for parents on parenting. The list of services is quite lengthy and creative, reflecting the Y’s function as not merely a health club, but a nonprofit community institution.

Perhaps in Kansas there is no distinction between the Y and for-profit health clubs, but we find that impossible to believe. One distinction we would suggest is that Steven, the owner of the Genesis chain, promoted the tax break for his health clubs in part by making $45,000 worth of donations to senators and senate candidates in the 2012 election cycle. “The people who write the checks end up writing the laws,” Senate Minority Leader Anthony Hensley, a Democrat, said as he distributed a list of the politicians that had received campaign contributions from Steven or his businesses. “He’s basically trying to buy a tax break and I don’t think we should allow that to happen.”

Senator Mary Pilcher, a Republican from Shawnee, responded with the typical Teflon politician’s response about campaign contributions, that she had no idea who Steven was or that he was a contributor to her campaign at the time of his donation, and that her motives and the motives of the other 21 of her colleagues who took Steven’s money shouldn’t be impugned by Hensley’s revelations. Senator Jeff Melcher, another Republican, actually defended Steven’s campaign contributions: “I think it is a shame a taxpayer has to expend so many resources to try to get tax fairness.” Nineteen of the 22 who received Steven’s contributions voted for the bill to give for-profit health clubs the property tax break.

There may be a germ of an issue here, as Pilcher suggested that many Y’s “have lost sight of their mission…[and become] health clubs like any other.” As Y’s compete with the plethora of for-profit health clubs, some may well have gravitated toward offering more of a health club ambience, but that hardly puts them in the camp of private health clubs. Even with the Ys’ potential responses to competition from commercial health clubs, Hensley reacted negatively to the idea that Y’s and for-profit clubs are largely comparable. “I think comparing private health clubs to either the YM or YWCA, quite frankly, is offensive,” he said. “The Y’s do so much more for the community than do private health clubs.”

The Kansas health club exemption (which hopefully will be vetoed by the governor unless he wants to unleash property tax chaos) reflects one long-term problem for nonprofits and one new one. The long-term problem, which still seems to have legs in Kansas, is the theory that nonprofits are competing with and taking business from for-profits delivering similar services. A for-profit health club and a nonprofit YMCA may both offer gym services, but the differences are huge beyond that, which even Kansan state senators should know. The newer problem is the odious mythology being promoted by some in the “hybrid” and “social enterprise” camps that the nonprofit or for-profit tax status of the service deliver should be irrelevant; only the ostensibly charitable content of the service should count. Plenty of foundations and increasing numbers of public policy makers buy into this fiction. Nonprofit leadership groups ought to be standing up to these misleading ideas and explaining the truth about the distinction between nonprofit YMCAs and for-profit health clubs.—Rick Cohen