Inspector General’s Report on the IRS: A Summary 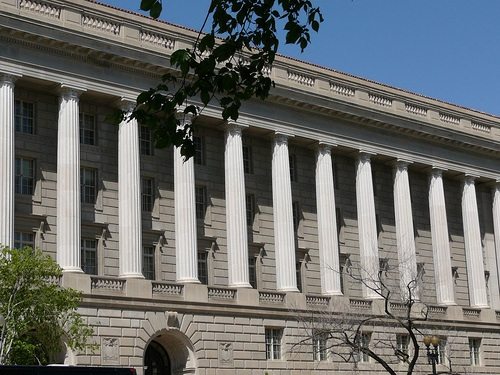 It’s been a week since the bombshell admission by IRS Exempt Organizations (EO) Director Lois Lerner that the IRS had targeted for special scrutiny conservative groups seeking tax-exempt recognition under Section 501(c)4 of the Internal Revenue Code. NPQ has been reporting on this all week, and the story has moved so fast that the Treasury Department investigation report that precipitated the furor has almost been lost in the rush.

A review of the report is in order for two reasons: first, because essential parts of the narrative in the media are factually incorrect; and second, reviewing the details of the report give an even bleaker picture of IRS operations than has been reported in the media. We anticipate that the upcoming Congressional hearings will bring some of these points into clearer focus.

The Treasury Inspector General for Tax Administration (TGITA)’s report on the IRS scandal is titled “Inappropriate Criteria Were Used to Identify Tax-Exempt Applications for Review.” As US Government reports go, it’s not too wordy, with a one-page summary, 21 pages of narrative, and 23 pages of appendices. The title, though harsh by bureaucratic standards, is actually mild when compared to some of the revelations in the report.

It should be noted that the version of the report made available to the public has certain information redacted, or censored. When watching the Congressional hearings, it’s worth looking out for what new revelations lawmakers may introduce to the public by addressing redacted information.

There are three key findings in the report, listed on the “highlights” page. First, the IRS “allowed inappropriate criteria to be developed and stay in place for 18 months.” Second, the processes the IRS attempted to implement “caused significant delays in processing certain applications.” Third, the IRS “allowed unnecessary information requests to be issued.”

“Inappropriate criteria” included terms such as “Tea Party,” “Patriots,” “Take Back the Country,” “We the People,” and “9/12,” according to the report (the 9/12 Project is associated with radio host and former Fox News commentator Glenn Beck). “Significant delays” included no work at all being performed on selected applications for 13 months. “Unnecessary information” refers to the follow-up questionnaires sent to applicants by the IRS which asked for donor lists, membership lists, and printouts of Facebook accounts and websites, and even requests for information on an applicant organization’s interactions with a specific named individual.

The “Influx of Applications”

The IRS has claimed that its actions to “centralize” processing of applications from groups with potential for political campaign activity was in response to a sudden influx of 501(c)4 applications between 2010 and 2012. As stated above, the centralizing and the political keyword-based selection process predate the increase in applications. There are two additional reasons why this assertion is misleading. First, the same IRS group, the Determinations Unit, is responsible for processing all applications for tax exemption. The IG’s report looked at numbers of applications from 501(c)(3), 501(c)(4), 501(c)(5), and 501(c)(6) organizations (table, page 3). Taken as a group, the total number of applications declined from 2009 to 2010, and stayed basically flat in 2011. There was a 14 percent jump in total applications in 2012 over 2011, but the total of applications received in 2012 was less than six percent higher than the total received in 2009. (A significant drop in 501(c)3 applications in 2010 and 2011 accounts for the lower total number.) Second, as noted above, the IRS was using the selection criteria on not only 501(c)4 applications, but on some or all of the other categories as well, always also including the largest category, 501(c)3 applications.

The reason for the work stoppage would be laughable if it weren’t so tragic. October of 2010 is a pivotal month (Appendix VII). The Tea Party cases were transferred from one IRS staffer (“Determinations Unit specialist”) in Cincinnati to another. Staff in Cincinnati had questions and asked for guidance from the “Technical Unit” at IRS headquarters. Rather than generating individual letters requesting additional information from applicants, couldn’t a form letter be developed? After all, the concerns about political campaign involvement were similar or the same in all cases. Guidance was requested on October 26, 2010. The Determinations Unit specialist stopped work on all cases while awaiting the answer to the question about developing a form letter.

IRS headquarters did not provide guidance, despite several follow-up requests by IRS field staff and assurances that guidance was forthcoming. Finally, draft written guidance was issued by IRS headquarters in November 2011. The first batch of letters requesting additional information from applicants were sent not sent until January 2012.

Asking a question and waiting more than a year to get an answer is an example of what the report calls “ineffective management.” One of the factors influencing the ineffective management was the turnover in managerial personnel at the IRS, with issues such as this either getting lost in the transition or requiring new personnel to develop familiarity with the details of their new position’s responsibilities. The report also refers to “acting” managers more than once, further indicating a less-than-stable management structure. NPQ has reported about the personnel stresses the IRS faces over the next several years.

The initial selection criteria developed in March 2010 for applications to be selected for special scrutiny included such keywords as “Tea Party,” “Patriots,” “Take Back the Country,” “We the People,” and “9/12,” according to the report. (Within the IRS, all cases selected for special scrutiny based on “indicators of significant political campaign involvement” were referred to as “Tea Party cases,” even when other criteria were used for selection.)

Lower-level staff initiated the original criteria without approval from senior management. These criteria were used for approximately 18 months (early 2010 until summer 2011). Senior management directed that more general criteria be used after July 2011. However, lower-level staff believed that the revised criteria were too generic and made changes of their own, without senior management approval, to narrow the criteria in January 2012. The narrowed criteria were “political action type organizations involved in limiting/expanding government, educating on the Constitution and Bill of Rights, social economic reform/movement.” Senior management learned of this change three months later, and issued new criteria in May 2012. The new criteria were “501(c)(3), 501(c)(4), 501(c)(5), and 501(c)(6) organizations with indicators of significant amounts of political campaign intervention (raising questions as to exempt purpose and/or excess private benefit).”

After a long delay, in January and February 2012 the IRS sent letters to many of the applicants selected for additional screening. The IG’s report described many of the questions asked in these letters as “unnecessary,” which is a mild term for the information being demanded. Some of the information requests included requests for material (such as donor lists) that would have to be made public as part of an application, but which would be prohibited from being made public if it were asked of an existing tax-exempt organization. After media reports of objections to the letters, the IRS reviewed the letters, stopped additional letters from being sent, and extended the time period for applicants to respond to letters already sent (page 19). The IRS also identified seven specific “unnecessary” questions in the letters (page 20):

The media reports referenced by the IRS, as well as media reports in the past week, document these and many other intrusive questions and information being asked of applicant organizations by IRS personnel. NPQ has also reported that groups have been subjected to issue- and belief-related IRS scrutiny as long ago as the 1990s.

The IG included nine recommendations in the report (pages 10-11, 16-17, and 21). Three of the nine recommendations centered on new or better training for IRS field personnel relating to the handling of applications for tax exemption. The IRS agreed with these recommendations. The IRS also agreed that senior managers needed to authorize and document the application selection criteria and changes to selection criteria used by field personnel, that there should be a formal process for field personnel to request technical assistance from IRS headquarters, and that any open cases (applications not yet processed) should be expedited. The IRS also agreed that there should be guidance developed on what constitutes “primary activity” by a 501(c)4, though its action is to pass the recommendation to the Treasury General Counsel’s office for further work.

The IRS disagreed with the IG’s recommendation that written guidance needed to be developed to assist field personnel with the task of selecting applications for detailed scrutiny. Instead, the IRS recommended that training be used to address this issue. The IG disagreed with this and insisted that written guidance is necessary. The IG also recommended that the IRS develop a plan to better document why specific applications are selected for additional scrutiny. The IRS believed that such a process might delay processing of applications. It suggested a review of its screening procedures to see what might be done to improve them without delaying application processing. The IG’s disagreement with that proposed solution was palpable, noting that, “…the average time applications [selected for detailed scrutiny] have been open is 574 days as of December 17, 2012. We do not believe documenting a brief explanation about why applications are chosen for review would have an adverse impact on the timeliness of case processing.”

The report by the Treasury Inspector General for Tax Administration will play an important role in Congressional and FBI investigations. It documents the problems and provides a detailed timeline of events. The IG’s report addresses processes and systems rather than people, while the investigations to come will likely focus much more on who was responsible for poor decision-making, lack of oversight, and other errors (possibly crimes) of omission and commission.