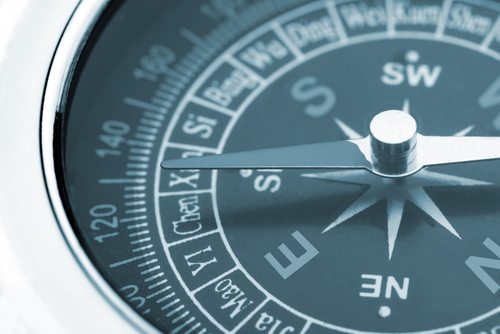 Earlier this week, we reported on a nonprofit from West Virginia dropping out of the federal program of recruiting nonprofits and public agencies to function as “navigators” for people purchasing health insurance on the state and federal exchanges. Now, a second group, this one in Ohio, has dropped out.

In this case, it seems to be a problem with the rules, not the intimidating letters from state attorneys general and a U.S. House of Representatives committee. The Cincinnati Children’s Hospital Medical Center is not going to proceed with its navigator’s grant because it learned of an Ohio law that prevents groups that negotiate with insurers themselves (as hospitals do) from serving as navigators.

But in this case, the Ohio law may be a different type of activity to make the navigators program more difficult. Ohio is one of 14 states that as of this summer had enacted legislation with additional requirements and regulations on health exchange navigators. USA Today now counts 16 states with requirements that go beyond the federal standards for regulating navigators.

One of the increasingly common state-imposed requirements is to prevent navigators from being able to provide any kind of advice to consumers. Ohio and Missouri are two states that have adopted this policy, while Georgia will require navigators to pass insurance broker licensing tests, even though navigators aren’t permitted by federal law to act as brokers. Given that the purchasers of insurance on the exchanges are likely to be people without insurance and probably more flummoxed than the rest of us in sorting through insurance offerings, a little consumer advice from navigators could be very helpful to consumers, but Ohio and Missouri are going to steer purchasers into caveat emptor mode.

It doesn’t take new laws for states to muck up the navigators program. In Florida, the state is preventing the navigators’ outreach staff from doing any of their work on the grounds of county health departments. So if consumers show up at a health department asking for information about the exchanges, the state will prevent navigators from being in the building, or perhaps even on the grass outside. Go figure, except that it is meant to make the navigators’ work more difficult. The state rule may not be applicable against Pinellas County, since it is the county government itself that got the navigator’s grant, and the state would be hard pressed to prevent county staff from showing up in their own offices.

Are these states concerned about making the navigators program better and stronger? Not on your life. Here’s how Georgia’s state insurance commissioner explained the Peach State’s insurance broker licensing requirement: “Let me tell you what we’re doing (about ObamaCare),” Georgia Insurance Commissioner Ralph Hudgens said last month. “Everything in our power to be an obstructionist.”

Call it as it clearly is: The states’ AGs’ letters, the request from the House Commerce and Energy Committee, and the 16 states with new regulations for navigators (with other states considering more), are all part of a picture. Regardless of the high-flown rhetoric about protecting the privacy of consumers’ personal information or preventing criminals from being hired as navigators staff, the underlying or overriding motive behind all of these actions is to strew as many obstacles as possible in the path of ACA implementation. With only weeks to go, the navigator grantees are moving as fast as they can to hire, train, and field staff to provide assistance to as many as 30 million uninsured people who might want to purchase health insurance on the exchanges. Their success will be despite the obstructionism of Republican state governments.—Rick Cohen