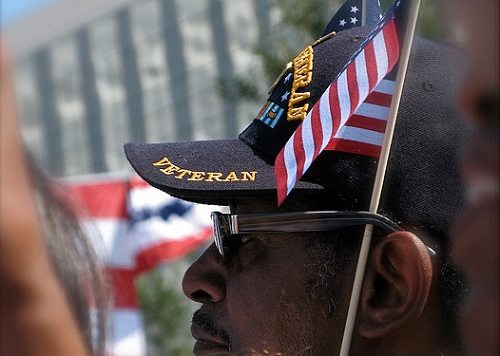 Local affiliates of the American Legion and other veterans groups have reported that the IRS sent them inquiry letters about the composition of their membership and their activities. The inquiry letters are apparently based on standards printed in a 2011 IRS training manual that specifies 75 percent of members must be current or former veterans. Local groups are being asked to provide proof of members’ military service as well as copies of governing documents and other information. Failure to comply may result in a $1,000-per-day fine. A $12,000 fine was recently levied on the American Legion post in Round Rock, Texas, for failure to comply with an inquiry letter within the specified deadline.

The chairman of the House Veterans Affairs Committee, Rep. Jeff Miller (R-FL), sent a letter to acting IRS Commissioner Danny Werfel asking for an explanation of the inquiry letter initiative, including questioning how the membership requirements outlined in the IRS training manual were communicated to local veterans groups. A similar letter has been sent by Sen. Jerry Moran (R-KS).

Privacy concerns were raised by the groups, but not only because they were being required to provide membership lists. The standard for documenting military service is the Form DD-214, the “separation papers” each veteran receives. Those forms include Social Security numbers and other personal information. While many local American Legion posts keep DD-214s on file, they felt uncomfortable sending copies in response to the IRS inquiry letters until Social Security numbers were redacted. While it may be reasonable that the IRS wishes to assure that nonprofit status is conferred only on legitimate veterans’ groups, the requirement that a nonprofit disclose its membership roster is troubling on constitutional grounds. Not only do all nonprofits have some privacy rights, even in an era of accountability and transparency, but their members have the same right of association without fear of government interference as all citizens do.

Another complicating factor in complying with the IRS inquiry letters is that not all veterans have copies of their DD-214. Many veterans, including veterans of World War II, the Korean Conflict, and Vietnam, were accepted for membership by veterans groups long before the IRS membership documentation requirement. The burden being placed on the membership organizations may also be a burden on the members and, perhaps, the military itself, should it have to respond to a surge in requests for decades-old DD-214s.

Especially for an IRS Exempt Organizations (EO) Division already under multiple investigations for its handling of applications for tax exemption, the questions about its handling of local veterans groups come at a difficult time and will further stress the agency’s already strained managerial resources. With the reverence in which military veterans are held, scrutiny on the IRS’s actions towards veterans groups will be especially intense.—Michael Wyland