Is Debt Collection the Next Frontier for Nonprofits? 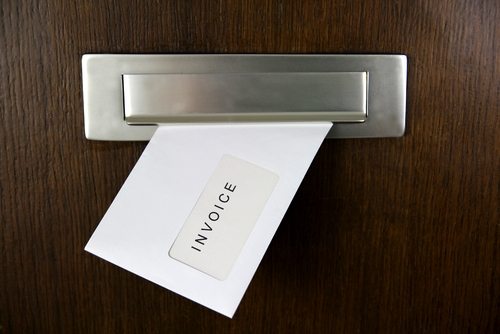 There are a number of industries that sort of automatically feel odious. Do you want to be a staff member for a payday lender? That’s always been one that has made this writer’s skin crawl. Others we’ve asked suggested being a shyster lawyer (ever see “Better Call Saul?”), claims adjusters (geared to say no), and used car salespersons—sorry, meant to say “pre-owned.”

Being a debt collector also is right up there. Calling people to harass or scare them into paying their credit card debts, for example; that has to be one of the less than pleasant jobs out there. Bill Bartmann, CEO of CFS2, a Tulsa-based debt collection company, thinks that this is a line of work that nonprofits should flock to. He points out that people in debt aren’t always people skipping out on purchases they made using bad judgment, but are frequently much more sympathetic.

“Thirty-nine million of our fellow citizens in debt, and debt collectors make billions of phone calls intended to annoy, embarrass and abuse them into giving up the rent money or even money for food to take care of that credit card debt or payday loan or unpaid medical bill,” Bartmann writes. “Debt collectors file 10 million lawsuits a year. Contrary to common belief, these debts almost always were not the result of poor decisions. Largely they are the result of a lost job or an illness in the family.”

Bartmann notes that nonprofits typically wouldn’t want to behave like the typical harassing, abusing debt collector, because they want to help people rather than to increase their misery. He thinks, however, that nonprofits would be better at debt collecting than many nonprofits. He has proposed to consumer advocacy groups that there should be a special tax credit for banks that donate unpaid consumer loans to nonprofits. If nonprofits were to be able to collect on the debts, they would be able to bank the money for their own programs. In addition, they would be given special rules enabling them to work with consumers to “restructure loans into payment terms that would truly fit the consumer’s specific situation.”

Is there something about being a nonprofit that would make nonprofit debt collectors kinder and gentler versions of their for-profit forbears? Bartmann notes that “money corrupts…[and] even nonprofits can be corrupted.” He imagines that there would be “controls…in place to prevent these nonprofits from growing into a different type of voracious and abusive debt collector that was merely exempt from paying taxes.”

In his view, the proposal is a win-win-win-win deal. “The further genius of this special tax credit is that there are so many winners,” Bartmann says. “The banks win because of the tax credit. The consumers win because they get out from under an impossible debt overhang. The nonprofits win because they have more resources to fulfill their core mission. The government wins because unemployment is reduced and the attendant cost of unemployment compensation and food stamps falls by billions of dollars. Our courts win because the rate of bankruptcy is cut in half and the number of debt collection lawsuits falls by 80%.” Only for-profit debt collectors lose in this scenario.

Bartmann is viewed by some as operating a clean shop at CFS2 due to his zero-tolerance policy regarding abusive practices by his employees. That earned him and his firm a “Friend of the Consumer” award in 2013 from the American Consumer Council. A former billionaire, Bartmann’s original CFS (Consumer Financial Services) collapsed years ago as a result of a federal investigation and subsequent indictment alleging fraud. However, a jury declared Bartmann himself innocent of all charges, even though his business partner went to jail, and Bartmann has reinvented himself as an advocate for cleaning up the debt collection industry. However, some people in the industry view him as a “huckster” and don’t buy the sincerity of his reform proposals.

Does the nonprofit sector’s big-time entry into the debt collection business sound like the right thing to do? Would nonprofits be corrupted by the possible income stream they might get, in Bartmann’s vision, from restructured debt payments? Would financial incentives lure them into less than charitable treatment of debtors?—Rick Cohen