Is IRS Ignoring Religious Violations Due to Capacity Concerns? 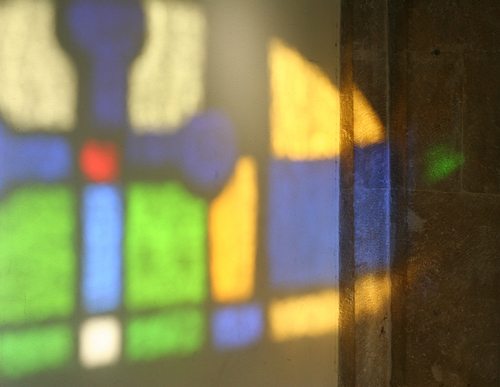 Churches in the U.S. are presumed to qualify as charities under Section 501(c)(3) of the IRS Code. While they do not have to apply for tax-exempt recognition, churches have to abide by regulations governing all charities, including restrictions on political activity. Every election season, there is discussion about the limits of political activity that can be performed by and in churches and debate about which activities and practices might “cross the line” and jeopardize tax-exempt recognition.

The Associated Press (AP) reports that Russell Renwicks, a manager in the IRS Mid-Atlantic region, has said that the IRS recently suspended audits of churches suspected of partisan political activity. An IRS spokesman says that Renwicks “misspoke.” However, while a 2009 court ruling required the IRS to designate the senior official or officials who could authorize official inquiries into churches violating the partisan political prohibition, the IRS has reportedly not yet named the authorized person or persons, and experts and watchdogs interviewed by the AP do not cite a single example of an inquiry or audit along these lines that has been opened in recent years.

The IRS issues guidance on what nonprofits, including churches, can do within the limitations of their 501(c)3 status. Standard instructions for IRS applications and forms are supplemented with periodic press releases and speeches by senior IRS officials addressing the topic. The reminders are made to charities and the public, but there is significant question as to the punishment for breaches. The AP article asserts that few people are interested in testing the IRS restrictions on charities against the First Amendment rights of churches, and notes that the IRS has brought few cases against religious institutions since the rules were established in 1954.

As NPQ has previously noted, however, there are those who are trying to provoke a court test. In October, more than 1,500 pastors, organized by the Alliance Defending Freedom (ADF), participated in “Pulpit Freedom Sunday” by endorsing a candidate from the pulpit and then sending a record of their statement to the IRS. The group has organized a “Pulpit Freedom Sunday” event each year since 2008, but has not yet received a response from the IRS.

Churches enjoy a special status in U.S. law and tradition. They are centers of community as well as centers of faith. Many church buildings have been used as polling places on Election Day since the nation’s founding. The extent to which religion seeks to inform on how to live a good life, both individually and as a community, is the extent to which religious teaching may influence political dialogue. As the AP article notes, churches have been used to support and oppose causes and candidates associated with both major political parties.

Only 1,000 of the IRS’s more than 100,000 employees are reportedly focused on regulation for more than one million nonprofits, including churches. The two million nonprofit organizations under the IRS TE/GE Division’s oversight include political “hot-button” organizations including 527 political action committees (PACs) and 501(c)(4) social welfare organizations. They also have a significant role in implementing the Affordable Care Act, such as revising the Form 990 Schedule H and preparing for new reporting from nonprofit hospitals. How much capacity can the IRS find to devote to nonprofit regulation, and especially to potentially controversial, lawsuit-ready issues like political activity from any number of the more than 300,000 religious institutions in the U.S.? –Michael Wyland