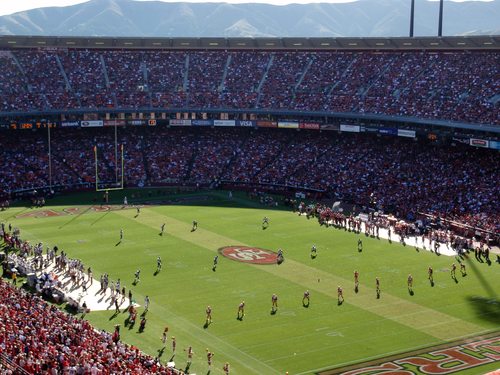 Like many others in the press, CultureMap’s Bill Van Rysdam lumps the 501(c)(6) National Football League (NFL) in with 501(c)(3) public charities such as the United Way and the American Red Cross under the broad category of “nonprofit.” This may give the public the mistaken impression that donations to the NFL would qualify as charitable deductions (though we suspect that few people are motivated to donate to the NFL, which reported revenues of more than $184 million on its 2010 Form 990). However, writers such as Van Rysdam do raise an important point about the singular status of the NFL in American sports, suggesting that time may be running out for the NFL’s 501(c)(6) tax exemption.

The official IRS definition of 501(c)(6) organizations references chambers of commerce, real estate boards, boards of trade, and “professional football leagues.” Interestingly, it doesn’t reference basketball or baseball. The language was inserted in the Internal Revenue Code for the National Football League as part of then-NFL Commissioner Pete Rozelle’s successful lobbying of Congress for both antitrust and tax exemptions.

As the NPQ Newswire did last month, Van Rysdam cites the leadership of Sen. Tom Coburn (R-Okla.) in suggesting that government is getting the short end of the stick from the tax-exempt status of the National Football League. Although the teams pay taxes as for-profits, the NFL doesn’t, and other taxes might also be avoided by the NFL at the state and local level (Van Rysdam mentions the tax-free treatment of NFL employees during their stay in Indianapolis during the Super Bowl).

No one has definitively calculated how much money the government loses as a result of the NFL’s 501(c)(6) status or whether the NFL manipulates its financials in order to minimize the profitability of the League’s operations. Certainly the NFL’s bottom line is impacted by its compensating its top eight executives to the tune of more than $50 million, including more than $11.5 million for current Commissioner Roger Goodell and more than $8.5 million for former Commissioner Paul Tagliabue, still on salary. It may not be a matter of how much money the federal treasury loses because of the NFL but rather the principle of whether the NFL should have a 501(c) tax status in the first place.

But there is more to the NFL’s tax-exempt story beyond the IRS nodding at the League’s 501(c)(6) status. The NFL is the hub of a network of affiliated tax-exempt entities, as we have described before. In addition, the for-profit teams get their own additional heavy subsidies in the form of taxpayer incentives for constructing or renovating stadiums. In Charlotte, N.C., for example, the Carolina Panthers are providing broad hints that if the city wants to keep the NFL franchise, it will have to ante up taxpayer money to upgrade the stadium. The Pittsburgh Steelers are trying to get taxpayer money to add 3,000 seats to Heinz Field. Earlier this month, Goodell and Atlanta Mayor Kasim Reed joined Atlanta Falcons owner Arthur M. Blank in a pitch to Gov. Nathan Deal for a new stadium with a retractable dome to be partially paid for with taxpayer funds. Goodell described the plan as a public-private partnership but State Sen. Vincent Fort characterized it as “corporate welfare at its worst.”

Is the NFL’s tax-exempt status another example of corporate welfare? Will the new Congress decide to open the question up for review? Or does the NFL—despite a limited membership of mostly billion dollar teams and billionaire owners like Paul Allen and Jerry Jones—deserve a 501(c)(6) tax-exempt status like any other association? –Rick Cohen