Is the NFL’s Tax-Exempt Status All That? 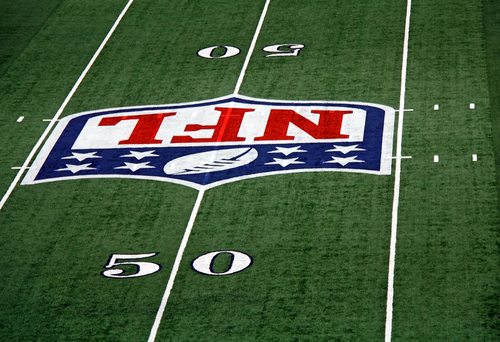 Forbes columnist Peter J. Reilly takes issue here with criticisms lodged by SportsFan.org’s Brian Frederick of the NFL’s tax exemption. Reilly’s defense of the NFL’s tax-exempt status begins with a tour of its Form 990. He points out that the NFL’s revenue of a quarter billion is “kind of low…with all those TV advertisements and everything.” He does acknowledge commissioner Roger Goodell’s breathtaking reportable compensation of nearly $32 million, but says, “[t]he really big money is not with the NFL…it is with the 32 teams that constitute its members” and describes the moneys that the NFL administers for the teams as the teams’ moneys, not the NFL’s.

He also adds that the NFL has had expenses exceeding revenues in the past two years of $77.6 million and $52.2 million. If it had been an LLC instead of a 501(c)(6) tax-exempt organization, Reilly says, the member teams would have had one-third more deductions than under the current system. Although the (c)(6) is organized, he admits, to help its members make money, its members are more interested in their own money-making efforts than those of the (c)(6) NFL.

Reilly then turns to a topic he has addressed in previous columns: his observation that too many tax-exempts (he means, in this case, primarily 501(c)(3) public charities) lean on their 501(c) status for unwarranted hallmarks of credibility. He doesn’t see how the NFL gets the infusion of charitable credibility when, as a (c)(6), it is tax-exempt but not a public charity.

He concludes that he cannot see any particular tax gimmick at work here, that the taxpayer isn’t losing money on the NFL’s 501(c)(6) status, and that the NFL teams could probably even do better in some alternative structure, since “it appears that it has the effect of increasing aggregate taxable income.”

In the NFL’s case, it was specifically written into the law as an explicitly mentioned type of (c)(6): “Section 501(c)(6) of the Internal Revenue Code provides for the exemption of business leagues, chambers of commerce, real estate boards, boards of trade and professional football leagues.” Then commissioner Pete Rozelle got Congress in 1966 to specifically include “professional football leagues” into the (c)(6) statute as part of a larger bill that also gave the NFL anti-trust exemption. It’s hard to imagine that Rozelle and his lobbyists didn’t have something in mind beyond an inchoate impression that it would sort of nice to be a 501(c) organization. Rather, unlike a business or trade association, which operates to improve the business conditions for a realm of businesses, the NFL operates for the specific benefit of 32 members—no more, no less. It negotiates and cuts deals on their behalf and operates as a closed club. The members of the American Professional Football League or the Professional Indoor Football League—other professional football leagues—aren’t about to be admitted as members to the NFL, because the NFL is a closed-membership group. It’s not like the American Institute of Certified Public Accountants, another (c)(6) Reilly mentions, because it isn’t interested in all football teams, just its own 32. The NFL isn’t advocating for professional football as a line of business, but for the profitability of its 32 corporate-person members.

It is odd that an experienced tax guy like Reilly defends the NFL’s tax-exempt status by saying that it loses, rather than makes, money. He knows, of course, that 501(c) entities do not have to operate in the red to prove their tax-exempt status. But in the NFL’s case, with its mélange of related entities with television deals and more, a simple reading of the 990 is hardly adequate for tracking the money flows through professional football. Even the argument that the NFL has had to suffer through a couple of years of expenses outstripping revenues rings a little hollow. Just alter some of the enormous salaries of the NFL—and Goodell is hardly the only one paid multiple millions—and the NFL earns a profit.

So what separates Major League Baseball (which gave up its tax-exempt status in 2007) and the National Basketball Association as for-profits from the National Football League and the National Hockey League, which act as tax-exempt business leagues? Maybe the answer lies in Reilly’s mention of the NFL’s “quasi-religious status.” If you’ve been to an NHL playoff game, quasi-religious is a fitting descriptor there as well. Maybe they aren’t sports or business associations; they’re tax-exempt religions.—Rick Cohen