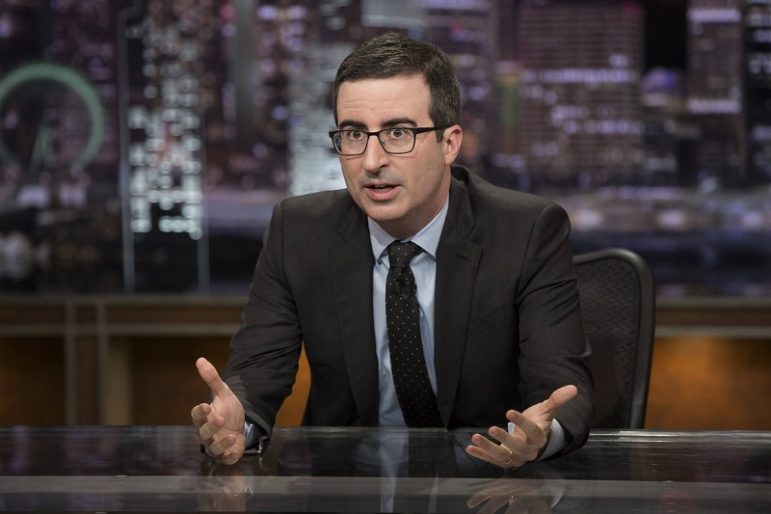 As many readers may recall from NPQ’s previous coverage, medical debt is often sold to the secondary debt market, or collection agencies, at pennies on the dollar. The collection agencies then doggedly pursue the debtors, often using abusive methods to pressure even the most vulnerable into paying. To expose the practice, Oliver explained the practices of the industry and then to drive the point home, declared that his show had bought $15 million worth of health consumer debt for $60,000 which he then in an instant forgave it on air—showily pressing a red button for effect—and thus, he said, besting Oprah Winfrey’s famous $8 million-dollar car giveaway.

Oliver revealed that his show set up a company, which it called Central Asset Recovery Professionals (CARP), to buy the debt and then donated it to RIP Medical Debt, a nonprofit that raises money to buy and forgive debt for those in need. RIP Medical Debt said the attention both to the problem and the organization is welcome indeed. Craig Antico, CEO of RIP Medical Debt, said that on Monday they were already seeing a boost in donations. Lately, the nonprofit has focused on buying debt owed by U.S. military veterans.

“If people paid attention to (Oliver’s show) and it got them upset, they should realize that we can eradicate much of this debt if we all banded together to help each other,” Antico said. “People can make a donation of $50 and wipe out a $10,000 debt.”

The work of RIP Medical Debt was inspired by the actions of Rolling Jubilee, an outgrowth of the Occupy movement that started out buying medical debt and moved on to buying student loan debt for those scammed by for-profit schools before sunsetting and starting the advocacy-centered Debt Collective instead. Debt Collective says on its blog that the staff of Last Week Tonight were in contact with them for months as the segment was being developed, but the show chose not to make that connection public for fear of baggage from Occupy.

Last Week Tonight is working with RIP Medical Debt to notify those people whose debts were in the pool bought for Sunday’s show that their debts, which range from $50 to $250,000, have been eliminated. All were incurred at Texas hospitals and are outside the statute of limitations.—Ruth McCambridge