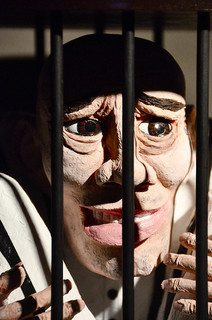 Earlier this week, NPQ noted that NorthKey, a program providing mental health services in North Kentucky, was defunded for the coming fiscal year by two counties because, during a period when it was cutting staff and services, it more than doubled its reserves. At that time, NPQ mentioned that while the amount the organization has accumulated in reserves is not out of whack with the size of the organization (which has an annual budget of approximately $30 million), the act of cutting back programs while building up cash left it open for serious problems of perception.

Now the program has come under additional fire from a judge in the region’s mental health court, an alternative to the standard judicial and correctional system for people with mental health issues. Judge Karen Thomas says that NorthKey has instituted a firm payment rule that is acting as a barrier to service. “If someone comes in and doesn’t have any money they still want them to pay $15 for treatment and they started instituting that as a hard-and-fast rule,” Thomas said. “I figured that can’t be true, but I found out from my mental health managers that we have people that are so sick they have committed crimes and we get them to NorthKey but because they were homeless or living in shelters (and couldn’t pay), they were turned away.”

If this is true, it would affect a number of other budgets (for unnecessary jailings and court appearances) as well as perceptions about the organization’s level of partnership and responsiveness to Kentucky counties and this special court. Thomas was also concerned about a lack of outreach to patients in crisis. “Mentally ill patients can only get treated if they go to NorthKey,” she said, “There is no outreach and they don’t do what I consider to be case management.” She said that the court actually tried delivering the patients right to NorthKey but found that patients in need of medication were scheduled for three or four visits before being allowed to see a psychiatrist. She voiced additional concerns about the same types of issues for recent releases from hospital care.

Whether these complaints are entirely accurate or not, NorthKey clearly has some serious issues it needs to resolve with partners. –Ruth McCambridge