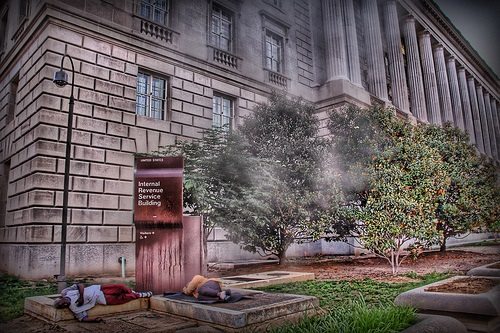 NPQ has reported on the efforts of Carl Malamud, founder of Public.Resource.org, to get the IRS to provide Form 990 information in a format other than the scanned Form 990s posted to GuideStar, ProPublica’s Nonprofits Project, and the Urban Institute’s National Center for Charitable Statistics (NCCS). Limited data from the Form 990, the IRS annual reporting form required of nonprofits, may be downloaded from the IRS website in MS Excel spreadsheet format or the older, fixed-width ASCII format. However, these data sets are not comprehensive and they are difficult to manipulate.

The IRS had argued against Malamud’s Freedom of Information Act (FOIA) request, saying that the scanned Form 990s were sufficient public disclosure. In addition, it argued that the requirement to issue all data in digital format would represent an unreasonable burden on an agency already underfunded and overworked. Specifically, the IRS expressed concerns about being able to redact confidential taxpayer and donor information from the electronic data without extensive testing. The IRS has in recent years had problems with issuing data CDs that inadvertently disclosed confidential information, as NPQ has covered.

The article quotes the judge’s decision:

“The wisdom of congressional appropriations is not before me. The fact that an agency may be under significant financial distress because it is underfunded does not excuse an agency’s duty to comply with the FOIA.”

Will wider access to electronic Form 990s help or hurt accountability in the nonprofit sector? For GuideStar, it’s both an opportunity and a threat. They’ll be able to crunch the numbers in all kinds of new ways and add to their product/service offerings. GuideStar will need to leverage their market position, however, because others’ access to the data will allow potential competitors to ramp up their own offerings.

Access to electronic Form 990 records will also make it less costly for groups like Charity Navigator and the BBB Wise Giving Alliance to compile nonprofit financial and governance information used in their ratings. It may mean they’ll be able to cover more charities and cover charities in a more longitudinal way (as opposed to the “snapshot” approach of a single year’s financials).

The major difficulty with electronic records is also true of the scanned documents. When the IRS changes the definitions of the fields and/or the placement of the Form 990 fields from year to year, it makes it tougher to compare one year’s data with another. Academic researchers may or may not be able to compensate for this, but the armchair experts might not realize that the longitudinal (multiple year) files don’t really tell a coherent story. There will be a temptation to just build a huge table and start calculating, resulting in the potential for incorrect conclusions being drawn from hasty analyses.

Wider access to, and easier analysis of, Form 990 data makes it all the more important that nonprofit boards and executives ensure that the information they’re providing to the IRS is both complete and accurate—in its specific item-by-item responses as well as in the overall representations of organizational health and activities.—Michael Wyland