Just Say No to Red Kettles? 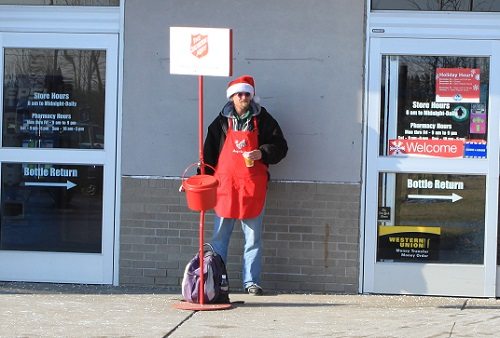 It’s once again the time of year when the lesbian, gay, bisexual, and transgender (LGBT) community points an accusatory finger at the Salvation Army and wags another at anyone who drops a dollar into a red kettle. Activists argue that the Salvation Army is prejudiced against LGBT people and encourage everyone to donate their money elsewhere. The religious organization counters that they do not discriminate and that they serve all those in need, including homosexuals.

Through a public relations firm, the Salvation Army told the Christian Post that their “mission is clear: to provide services to those in need without discrimination. The Salvation Army treats everyone with equal love, dignity and respect regardless of who they are. We are especially proud of our service to thousands of LGBT community members each and every day.”

As a matter of fact, the nonprofit has taken steps to appease the queer community. Last month, the Salvation Army dropped links to two ex-gay ministries, which it had listed as sexual addiction resources, from its website. This garnered the applause and gratitude of Truth Wins Out, a “non-profit organization that works to demolish the very foundation of anti-gay prejudice.”

No Red Kettles, an online community, is not as forgiving. A blog post explains that the issue is not about who is being served or not. “Our objections to the Salvation Army lie in their continued promotion of a bigoted ideology, and how they have used their clients as bargaining chips while discriminating against their LGBT employees,” Sarah writes. She gives a couple of examples from the group’s history of Salvation Army discrimination, including turning down government contracts, which resulted in closure of homeless and elderly programs, so as not to provide spousal benefits to same-gender couples.

Another No Red Kettles blogger, Lauren, dismisses any olive branch the Salvation Army offers because “the church has yet to repudiate any of its explicitly anti-gay beliefs.”

The Salvation Army will not declare gay is okay any time soon. It is a Christian organization, and an evangelical one at that. Like the pope, it is softening its image, but the core dogma remains intact. So, as you walk by the cheerful bell ringers and contemplate tossing money into the red kettle, stop and ask yourself, “Do I want to keep the Salvation Army and its ideology going, or would I rather donate to another organization?”—Erwin de Leon