Kansas Nonprofits Told to Sit Down and Shut Up 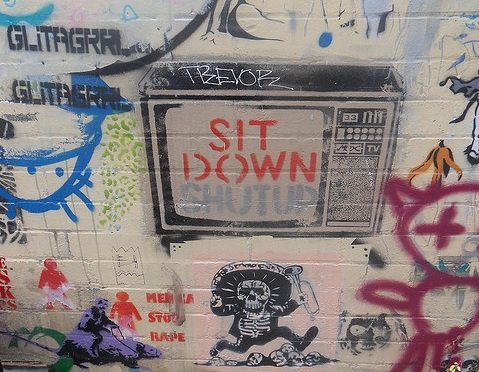 There is important and distressing news for nonprofits coming from the state of Kansas, where Republican Gov. Sam Brownback has been implementing a string of policies that have been less than kind to the nonprofit sector. The latest from the Brownback administration is possibly the most significant and deleterious of the state’s cascading laws and regulations adversely affecting nonprofits: the Kansas Department of Social and Rehabilitation Services (SRS) has generated new boilerplate language for its contracts with service providers aimed at bolstering restrictions on state contractors using government funding for legislative lobbying. However, the language is much broader than that, and so vague as to put a muzzle over the free speech rights of nonprofits that are simply trying to advocate and educate for the sake of their constituents.

The new contract language reads as follows: “No funds allowed under this agreement may be expended by the recipient of the grant to pay, directly or indirectly, any person for influencing or attempting to influence an officer or employee of any agency, a member, or employee of a member of the United States Congress or the Kansas Legislature.”

It doesn’t take a constitutional law degree to see how bad this language is. First, what does it mean “to pay, directly or indirectly [italics ours], any person for influencing or attempting to influence?” How does the state plan to spot efforts to indirectly pay people? Would “indirectly” include nonprofits’ memberships in trade associations that, by their very definition and stated purpose, advocate and lobby on legislation and regulations?

Next, what does “influencing or attempting to influence” mean? In carrying out their programs, don’t nonprofit service providers always attempt to influence public agencies to provide needed services and support, especially if they advocate for their clients?

Also, what is the potential definition of “any agency?” Does the language mean “any agency…of the United States Congress or the Kansas Legislature” or “any agency” of government, whether connected to federal or state legislators or not?

In addition, does the state mean that “no funds allowed under this agreement” include funds that are paid by clients to the service providers as program service revenues?

While the SRS contracts may be the first for this new language, the Brownback administration plans to add this restriction to all state contracts with nonprofit service providers, according to SRS spokeswoman Angela de Rocha, who was cited in a report on the new contract language from the Kansas Health Institute News Service.

If one wanted to shut up a nonprofit service provider that uses state funding (or federal government pass-through funding), this language would be a way to do it. Just insert the broad SRS language and it becomes virtually impossible to imagine any scenario where a nonprofit contractor might not intentionally or unintentionally influence “agencies,” even if they are not devoting a millisecond to legislative lobbying, per se. The SRS language would keep the leaders and staff of nonprofit contractors constantly looking over their shoulders to see if they haven’t “influenced or attempted to influence” a governmental agency as part of the nonprofit’s mission of advocacy on behalf of its constituents, clients, and stakeholders.

So where is Kansas Gov. Brownback’s new version of a de facto nonprofit gag order coming from? Recent media reports point to a pair of recent situations that might have been trigger points. Among the first contracts to have this language inserted were the state’s proposed contracts with 12 centers for independent living. A couple of weeks ago, the state released an audit charging the Statewide Independent Living Council of Kansas with using government money to pay for its lobbying activities. The SRS audit called for SILCK to reimburse the state for over a half million dollars in funding that the state claims was misused by SILCK for lobbying. To put it mildly, SILCK is protesting the audit findings.

In these recent situations with SILCK and KCSDV, it’s easy to see why the Kansas Department of Social and Rehabilitation Services might want some of the nonprofits it works with to sit down and shut up, but the SRS move also appears to be part of a more overarching trend in Kansas.

What’s the Matter with Kansas?

Kansas Gov. Brownback hasn’t been much of a friend to the state’s nonprofit sector. First, there is the matter of the tax cut bill Brownback signed last week. According to the Wichita Eagle, “Both moderate Republicans and Democrats…say the [new budget’s] unprecedented tax breaks will force more than $2 billion in cuts to state services over the next five years, disproportionately hurting low-income and disabled Kansans, who need help most.” Then there was Brownback’s proposed elimination of the entire budget for the Kansas Arts Commission, and his Arthur Laffer-designed (of Reagan administration “Laffer Curve” fame) budget proposal to eliminate the state’s charitable deduction.

Add it all up and it doesn’t take too much to see that Gov. Sam Brownback is making Kansas into a state testing laboratory for a variety of conservative Republican policy concepts. In this light, the SRS contract language, which is intended to be used in all Kansas government contracts, could be a test case of a new policy that would silence the advocacy voice of nonprofits. Is this the beginning of a new conservative movement aiming to revive the Istook amendment’s proposed advocacy prohibitions of the 1990s?

Because they dominate so many state gubernatorial seats and state legislatures, Republican governors can experiment with some of their cherished policy agendas, such as ex-Gov. Jeb Bush’s creative efforts in Florida to explore privatized K-12 school programming or Wisconsin Gov. Scott Walker’s strategy for weakening the rights and scope of public employees’ labor unions. Brownback’s Kansas may be the new Republican petri dish for ideas regarding clamping down on the messaging of nonprofit human service providers. If so, the nation’s nonprofits had better pay tons of attention to what Brownback is devising in the Sunflower State—and get active in helping Kansas nonprofits to stand up and defeat what could amount to a de facto nonprofit advocacy gag order.