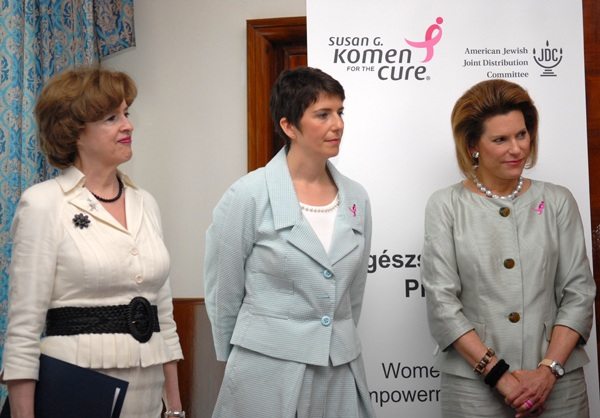 According to this article in the Daily Beast, Lisa Bonchek Adams is a cancer survivor, but she is not a big Komen fan. “I’m surprised it didn’t happen sooner,” she says about the cancellation of half of Komen’s signature walks two days ago. “Maybe they thought there would be an initial backlash and drop in donations, but then all would be forgiven.”

Komen spokeswoman Andrea Rader, however, has been working hard to deflect attention from any speculation of mass disaffection. “Given the way the economy has been operating, this has just been harder for people to do,” Rader said. “We thought it better to shrink the markets to seven and hopefully return to the other markets. An awful lot of nonprofits are finding that in this economy, the economy of the last few years, it’s getting more difficult to raise funds.”

Race for the Cure events saw a 10 to 15 percent average drop in participation last year, according to Rader, and Adams says that beyond her concerns about the way the organization spends its money (she believes too little is spent on research), some of the symbolism of recent revelations about the organization is a serious problem.

In her opinion, “if Nancy Brinker were smart, she’d say, ‘Gee, I took $685,000 in salary last year. Whatever we need to make these events go on, how about I give up my salary for a year?’ If it’s really about the memory of her sister and she’s so devoted to the cause.”

But Leslie Lenkowski, clinical professor of public affairs and philanthropic studies at Indiana University, cautions against oversimplification, observing that the realm of fundraising walks has become increasingly competitive, and maybe a bit passé. “Keep in mind that this is a business, like any other business,” Lenkowski said. “In the fundraising business, if you make a better widget, your competitors will try to make an even better widget.”

For Adams, however, it is not about the fundraising form. “I don’t even wear pink anymore,” she said. “It just turns my stomach.”—Ruth McCambridge