Komen Caught Pink Handed but What Else Don’t We Know? 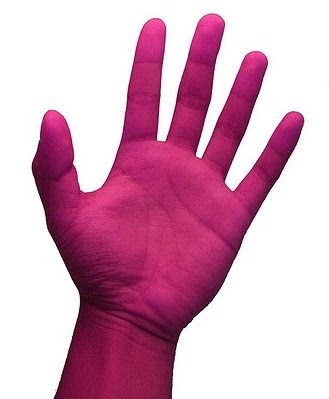 The Susan G. Komen for the Cure debacle is far from over. The implications of founder and CEO Nancy Brinker’s statement to the American public have been parsed ad nauseum in the blogosphere. For producing hard evidence that the Komen organization targeted Planned Parenthood for defunding, and for beginning to map the organization’s ties to the radical right and the one percent, we owe a debt of gratitude to Jeffrey Goldberg in The Atlantic, Adam Serwer in Mother Jones, and Richard (RJ) Eskow in Huff Post Politics.

Most recently, Huff Post Politics’ Laura Bassett reported that “Karen Handel, Komen’s staunchly anti-abortion vice president for public policy, was the main force behind the decision to defund Planned Parenthood and the attempt to make that decision look nonpolitical.”

Also thanks to these reporters, we now know that Komen funds at least seven institutions in addition to Planned Parenthood that are under federal or state investigation, including:

It appears that Handel neglected to review the Komen portfolio of grantees to make certain that their records were completely clear of investigations before she “ratchet[ed]… up the [Planned Parenthood] issue with leadership.” We also now know that Komen accepts donations from at least one corporation—Bank of America—under investigation by the U.S. Securities and Exchange Commission (and the bank is also being sued by multiple state attorney generals for alleged mortgage abuses).

But we need to learn much more about Komen’s corporate partners and private donors—such as Caterpillar, which is the focus of a worldwide divestment campaign. And now, the hard work of scrutinizing documents related to the organization’s research and political lobbying activities as well as its massive fundraising operations awaits us in the coming weeks and months. In 2010, Komen reported total revenue of close to $209 million. The public must demand to know how this publicly-held charity—which paid a salary of $417,000 to CEO Brinker from April 2010 to March 2011—spends and invests its money. A quick review of its most recent tax return raises more questions than it answers. For instance, the organization reported just over $85 million in charitable contributions for fundraising events, yet more than $8 million in net losses from fundraising events. In the nonprofit sector, we recognize that special events are double-edged swords that often bleed red ink. But with a track record of nearly 30 years and a corps of “more than 100,000 survivors and activists,” you might expect that the Komen organization would have figured how to break even on the Race for the Cure®. But you would be mistaken.

Based on the reports mentioned above, it seems that Komen for the Cure has been caught lying to the public and conspiring to cover up its deception. In the days and weeks ahead, we will find out how many—and whose—resignations are tendered and accepted, if any, at Komen’s headquarters in Dallas. And in October, come Breast Cancer Awareness month, we’ll find out how many corporate sponsors and individuals continue to support the Komen brand, the Race for the Cure®, and everything pink.

R. Ruth Linden, Ph.D., a medical sociologist, is president of Public Health Associates, a San-Francisco-based consulting firm.  An expert on mammography and the politics of breast cancer, she is the author or editor of several books, including Making Stories, Making Selves: Feminist Reflections on the Holocaust, which won the Helen Hooven Santmyer Prize.  Healthcare justice is her passion.